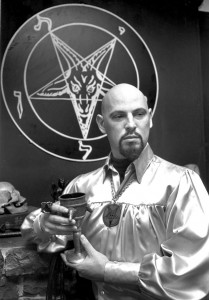 One Reply to “Anton LaVey: San Francisco’s Mouthpiece for the Devil”