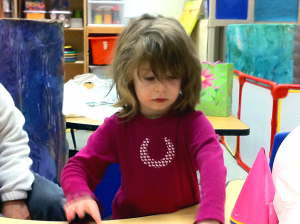 2 Replies to “Becca’s Birthday and the SFUSD”