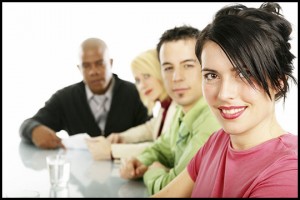 I’ve been trying to wrap my head around this one for some time now and I think I finally have got it. Granted it’s been a few years since I’ve been in school learning things that were supposed to help me fit into society [e.g. social brainwashing] and teaching me skills to land me a job [vocational training].

Well, I do fit into society as I don’t walk out of the house in the morning naked mumbling nonsense and expect people to accept me as being normal, but as far as what I learned through college let me break it down for you.

Amount I paid for college at San Francisco State University to graduate in 1987: ±$3000

Amount paid to learn new skills outside of college: $0 [self taught]

Amount earned from skills learned outside of college: $73,000/year

Basically, everything I learned is college has become useless to me now. When I was in college only very well off people had cell phones, not everyone had a home computer, there was no texting, you had to go to a video store and seek out their back room behind curtains to find porn and the cloud was something you walked outside and saw overhead. The world has changed significantly because of technology. My first computer cost me $800 and had 16k of RAM and no storage. If you wanted to store material you had to buy a cassette drive which would cost you another $200 [ok, I got started with computers early] For that same amount of money today I can get a computer with 4Gb’s of ram, a terabyte of storage and a processor that is over 1000 times as fast. Five years ago no one used the term smartphone or iPad [yeah, there are other tablets, but let’s face it in the past year there have been millions of iPads sold and you’d be lucky to find a million of the other tablets sold combined].

The computers that launched and landed the first astronauts on the moon were not as sophisticated as your cell phone that we all have today. So what am I trying to say? Well a good friend of mine Fitz who I so via an iPhone video conference this weekend turned me on to a lecture given at TED where the speaker stated that the top ten in demand jobs of 2010 didn’t exist in 2004 and then he dropped the shocker line that brought it all together:

We’re preparing kids for jobs that don’t yet exist using technologies we haven’t yet invented.

Looking back I realized this is very much a true thing. We used to block out change by decades. Now if you look back ten years it’s hard to remember what it was like in 2001. We didn’t have any where near the abilities that we have today. There was no social networking which is a requirement for most of the jobs I apply for. There were no mobile apps. WiFi was new and 3g didn’t exist. Sure we had doctors back then, but DNA identification was in its infancy back then. OK, people still bake bread the same way and pump gas and bag groceries, but none of us have a child and hope that one day they will be a successful grocery clerk.

My mother wanted me to grow up, get a college degree and become a world class [what Mom would want world class in there] scientist or musician. Most of my college years in science were spent dissecting animals or mixing chemicals together to create nice smelling compounds [that was learning about esters] and blowing shit up [nothing more impressive than dropping pure sodium into a glass of water]. Today we have tons of videos on youtube that teach you all that and now we have mentos being dropped in coke as a form of art, not science. Musically, I had 10 years of private piano lessons by a former concert pianist for the San Francisco Symphony. I was trained in the recording arts and sciences and when I graduated there was no studio that would hire me and I couldn’t open my own studio because it would have cost me over half a million dollars. Today, you can spend $499 for an iPad and then $4.99 for Garage Band and even if you don’t have any musical talent you’ve got an eight track recording studio with virtual instruments that will do the playing for you at the cost of a few taps. The music isn’t very original, but if you turn on the radio today you aren’t going to find very much that is and you’ll probably be hearing some of the riffs from garage band in the songs.

So what good is a college degree today? Well apparently not much according to people of the Thiel Foundation, not much. They have given away 24 grants to the tune of $100,000 to high school grads with good ideas so that they can skip college altogether and have a funded start up company. Mark Zuckerberg started Facebook when he was 20 and today is a billionaire. It took him seven years to do that and he’s had a movie made about it, guest hosted Saturday Night Live and has been on the cover of Time magazine while being loved and hated by people around the world. What degree did Zuckerberg earn at Harvard? He didn’t. I can’t find it anywhere. He started Facebook at Harvard, but was forced to stop because it overloaded their servers so he left and moved to Palo Alto with his friends and set in step actions that caused him to become a billionaire today.

So how do these things affect schooling today? Well, schools need to get on top of things faster. When Adobe Creative Suite was released there weren’t any college courses available to learn the programs. Today there are, over ten years after it was release. Photoshop which is a part of Creative Suite was release long before the rest and now you’ll find more videos on youtube that you’ll see in a classroom teaching Photoshop. I know this because I was tutoring an autistic college student in Photoshop because he wasn’t learning fast enough in his class. The biggest problem is that after he’s learned what I and his teacher have taught him he’ll still have to compete with people like me who’ve been using the programs from day one and have more experience than what you’ll ever get in a classroom.

This is something I’ll have to keep in mind as I raise my daughter. Yes, at the elementary level everything she learns she’ll be able to use later in life. Reading, writing and arithmetic won’t go away, but when it comes to college and choosing a major, that might not happen. Very few of the skills taught today are useful five years after you learned them. Technology causes change and the change is being adopted more quickly and those are the people who are getting ahead. The iPhone is less than five years old and the iPad will turn one next month, yet there are people who have built careers on these platforms and there’s nothing you can learn in a college to help you get into this field. There are kids who have pulled down six figure salaries while in high school writing and selling iPhone and iPad apps. How will a college convince a child that he needs a college degree to be a productive member o society when they’re already earning more money that person telling them that who works for the college?