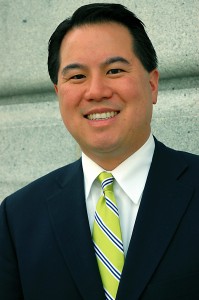 I have tried to post regularly, but now with a crazy work schedule and creeping overtime I have had to pull back a little. Once I get adjusted and settled in this should change. Now onto the article.

When I first heard that Phil Ting was running for Mayor of San Francisco I decided to keep an eye on him. He was the county assessor, so he knew about real estate, finance and taxes. He started off with a great title for his campaign, Reset San Francisco. I kind of liked that idea. He also talked about Muni reform, score again. It wasn’t until I attended my first Mayoral debate that a few questions started to rise.

He stated that while he has been in office that the city has come in under budget every year. OK, then why is our city in the red? Is someone budgeting more funds than we can afford to pay for? In my mind I don’t care whether or not San Francisco comes in under or over it’s budget, but whether or not San Francisco comes in at the end of the day in the black.

His statement that Muni needs to change is something everyone is talking about. When I worked downtown I didn’t have too much problem with Muni. The buses and streetcars I usually get from my house take me downtown in about 40 minutes without much walking. I have other friends such as Greg Dewar [@njudah] who would beg to differ with me, but he doesn’t use the same Muni route as I do so I won’t argue with him on that. Apparently the N-Judah has lots of problems that need to be fixed since it is the busiest muni route in San Francisco.

Where Phil Ting really got me was on his repeal of Prop 13 so that people of San Francisco would be paying the real property taxes they owe. I took offense at this because the comment was targeted at me, even though not only is everyone in California benefitting from Prop 13 and that it is a state law that a Mayor cannot overturn his comment was aimed at those people who purchased a house before the first dot.com boom and have lived in them ever since. It takes about 10-15 years after purchasing a house to notice a difference in your property taxes. That is, if your home value continues to increase. Currently we’re in a down swing so it might take closer to 30 years now.

Phil used this as the excuse for why we are so low in state school ratings for achievement. I suppose he forgot that when the California State Lottery went into effect that a major portion of the profit was to go towards school funding. It was originally specified that it could not be used for teacher pay raises, but that’s where it went at first because the teachers were so underpaid that not too many people wanted to be teachers.

But let me move back to Proposition 13. Currently the taxes on your house can be raised only 1.1% per year. People are saying that is the reason that San Francisco is one of the most expensive cities to live in. I did a check of  the top 10 most expensive cities in the US to live in and yes, San Francisco was listed as number five, but out of the 10 cities only two were in California and those were San Francisco and Los Angeles [which according to the report is even more expensive to live in that San Francisco], so can Prop 13 be blamed for the failing of our schools and how expensive it is to live in California? No. New York City, Honolulu, and Miami are the top three. All in states without a Prop 13, but much higher taxes. I have a friend who I am sorry to say that his mother died recently and he received his mother’s house in upstate New York along with her rent controlled apartment in downtown Manhattan. The rental property is a deal since his mother has lived there for many years and due to rent control he doesn’t even pay $1000/month for his gorgeous almost penthouse like view of Manhattan. The two bedroom house on the other hand he has to pay $12,000 per year in property tax as well as $4,000 per year in school tax. His parents have owned the house upstate for many years longer than when my parents purchased our house in the Sunset District back in 1954. My friend has also been unemployed for longer than myself and he has to pay $10 for a pack of cigarettes in downtown Manhattan. This is not a cheap place to live and even though they have no equivalent of Prop 13, it is still the most expensive city to live in. Two bedroom condo’s sell for close to $2,000,000 there not including the HOA monthly fees. My friend has about enough cash to last him a year and half and then he’s in big trouble if he can’t find a job.

So let’s say we repeal Prop 13 like Phil Ting wants to do and say property taxes increased to 5% each year with a reassessment to bring homes benefitting more it being brought up to modern day reality. I could possibly live with that even though it would triple my yearly property tax, but from what I understand, if you home goes down in value the tax doesn’t really, it just doesn’t increase. The idea behind prop 13 was to help residents remain in their homes by not having to pay more in taxes as they got older and on a limited income. This was hijacked by businesses who got added in and they don’t want to sell their spaces they own because they can rent them out for more [rental control doesn’t apply to businesses] and gain more on their investment. Since we have a much higher turnover rate in businesses who are renting their locations in California, not just San Francisco this means that business property owners gain more than homeowners.

Therefore, I think Phil should start by speaking more directly about his plans for prop 13 by trying to amend it to include only homeowners and not businesses. That way some of the businesses that were cheap in say the SoMA area when they were purchased that now charge a fortune to rent out would be paying more into funds of the state so that which would trickle down to San Francisco and San Francisco wouldn’t have to tax businesses to be here like most cities in the US. This would help San Francisco more than a total repeal of a state law that an SF Mayor can’t do, but Phil Ting could work toward that. If prop 13 were removed completely people would start to leave San Francisco, but not by a lot so property prices might drop a bit because of the tax increase. It could also theoretically drop California from it’s current ranking as the 8th largest global economy. Phil, keep this in mind.

Monday, I will announce my official endorsement for the Mayor of San Francisco and my reason why.

2 Replies to “Phil Ting for Mayor: My Thoughts”