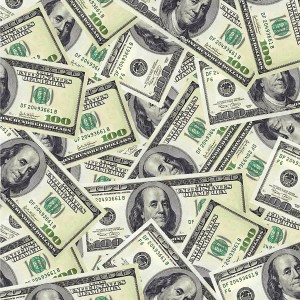 Since it’s the weekend I’m going to go off course a bit for my wild weekend. I’ve met up with lots of local bloggers and talked about how they keep doing what they do. Yeah, they love doing it, but there’s always something in the back of their head telling them one day, they’ll be able to make money at it and that’s what I’m going to talk about today.

Blogging is kind of like the Gold Rush was back in 1850 in California. Everyone’s doing expecting to make it big like they guys they heard about who made it big. I’ve listened to those podcasts where the guys tell you how they did it, but they always left out a couple of things. Let me fill you in on some of those now.

First off blogs and podcasts are very different than newspaper and news websites. When you take out a ad with a newspaper you get printed in maybe one to three editions and then your ad doesn’t exist anymore. If you’re advertising on an online site you probably get the sidebar for say a month and then get pulled.

When you get your ad posted at the end of a blog post that means that as long as the blog is up there people can still find the post. For me articles I’ve written on medical marijuana are still getting hits three years after I’ve written them. There are startups that aren’t still in business after three years, but their ads could still exist.

Second, if someone uses a mobile app or rss reader the ad is there in the post. Sidebars don’t show up in mobile apps or rss readers so they still get it pushed out to them if they search your blog. This makes a very different market for selling advertising on your blog.

Here is an idea I came up with. I used to do a podcast that was very popular and would get over a thousand hits a day. The show from six years ago are still getting hits and some of those shows have surpassed fifty thousand [50,000] downloads. That’s a significant number. I leave the site up because I still bring in between $200-$600/month from an affiliate advertiser even though the show is inactive.

If you want to solicit a business to advertise with you, you’ll need to point these facts out to them. I came up with a formula that should work for bloggers that will make you money and give the business more than it will get elsewhere. With your blog their ad is delivered right to their face, not buried in a newspaper that as you’re flipping pages they might see, but it’s right there in their face. This means you don’t have to have as large a readership since the readers will see the ad with every post.

I propose the following formula. First install a stat counter such as kStats or Statpress reloaded onto your WordPress blog [15% of the web is run off of WordPress]. Let it run for a few months and count up the visitors plus feeds that are read by the RSS readers. Ignore the spiders and page views. Now multiply that number for the month by 2¢ [.02]. This will be your monthly fee for advertising for a month. By my current readership of 15k visitors and feeds per month that would come out to around $300/month. Keep in mind that every article in that month will still hold the ad until you decide to take down the site so while their paying for a month they’ll still get people who see it later. Paying $300 to reach over 50,000 people directly not indirectly such as what happens with other print and online advertising is money better well spent for a company.

If you are a podcaster, because of the delivery system in place by iTunes [which made up for over 90% of the downloads of my old podcast and still does] the price per hit is 5¢ [.05] per hit. They have a pre made commercial at the beginning or end of your podcast that will be there forever. People tend to seek out old podcasts more so they blog posts so they’ll get more hits for their money with advertising on a podcast not a blog post. Not like a one time run during the Super Bowl for X millions of dollars. Sure they can run the ad again, but they’ll also have to pay for it again. I’m not saying that advertising on a podcast is better than advertising on the Super Bowl, but just show the ways you can go a bit further with your ad dollars if you’re a company.

One of the best parts about all of this is that you can always take a snapshot of your stats and email it to your client who’s advertising with you. If you’re podcasting it’s easier if you’re using a host such as libsyn since they can show you a month at a time with day by day read outs. If you’re site is growing in readership you can offer a potential client a lock in rate at the current month’s price and when your readership grows they still pay you the same amount.

I have tried affiliate programs and some of them work [oddly enough from conversations with other bloggers and podcasters sex toys affiliates seem to rake in the most], but you have to take their word for it that you’ve sold any of their products. I know of people who have told me and even shown me products they’ve purchased from affiliate links yet I have never seen a plus show up on my affiliate account.

This about what I’ve just written and talk about it then post comments because I want to hear from all my blogger friends out there as well. This seems like a good idea to me, now lets see what you think.

One Reply to “The Blogger’s Dilemma”