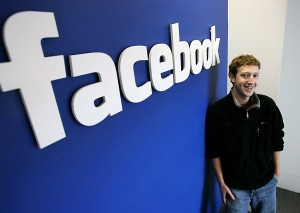 I don’t buy stocks and now I have an even better reason not to. Facebook managed to have one of the worst and most embarrassing IPO’s in history. I do follow stocks, mostly of tech companies I like and noticed that the day Facebook opened and its stock took a dump so did everyone else’s. Apple faired the best, but it still has sunk.

Social media has lost the game now. It’ll still be around, but it will be a smaller group. I’m hearing about all these new social media apps where you can share pictures, video, your location so stalkers can find you. There’s a new one everyday. There’s even a Social Media app for people who don’t like to use social media, it’s called Google+.

I doubt Facebook will go away anytime soon, but it’s certainly going to be hurt by the damage it’s caused to all the tech companies. Most of which are in the Bay Area. Now those companies that are privately held will have a much harder time getting investors and especially if they’re a social media start up. Mark Zuckerberg has figuratively screwed the pooch with this IPO. Sure he made money from it and he already had money, but I’m sure his investors will be poking him very shortly to answer for this debacle. Many investors have also invested in other tech companies and they’re probably all sweating like a man on his way to the gas chamber.

The value of Facebook stock has dropped 25% in the first week and people are thinking it’s going to keep going in that direction. It doesn’t do much besides let you find people you haven’t seen in years to become friends again, yet meet up with face to face. It’s going to be interesting to see where this turns in the near future. People already didn’t like Facebook for the changes it made and how it made things you wanted to keep private to only your close friends public to the world. If you haven’t done so already it would be a good idea for you to check what your page looks like to the public by going to the Activity Log and choosing View as…

You might be surprised at what you see. I’ll still stay on Facebook until the new whiz bang site comes along, but it will be interesting to see how long that is.