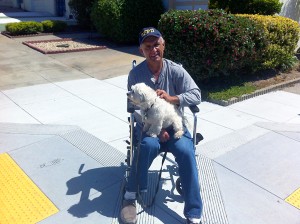 One Reply to “On Behalf Of John The Waving Guy”