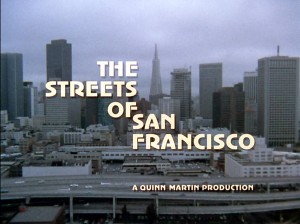 Yes, it’s time for a rant again. San Francisco streets need lots of work. We aren’t back east where there’s lots of snow so they don’t need to update the roads as much here, but the street outside my house was last repaved in the early 70’s or maybe even the late 60’s. We have more potholes than pot dispensaries and those white circles spray painted around the smaller potholes are done by the SF Bike Coalition to keep bikers from being thrown into on coming traffic.

I am really beginning to hate driving in San Francisco. It isn’t pleasant and every bump in the road is making my teeth rattle. Giving that I also live in the Sunset district where the streets were built on sand makes roads shift up and down just to give you a bumpier ride. Heavily trafficked roads are the worst because they can’t always shut them down because of congestion and when they do getting anywhere seems impossible.

I drove in to my first day of work yesterday and had my nerves rattled pretty bad by all the potholes I hit along the way let alone the fix it bits that made my car bounce up and down. At time I thought my shocks might need adjusting, but since my car only has 44k on it the shocks should be fine. All the bumps do cause your wheels to need to be realigned every year or so unlike in other cities where they have smoother roads.

If you drive to Daly City just a few minutes from where I live the roads are like glass. You have to work hard to find a rough patch there, but in San Francisco just driving the speed limit makes you feel like your car is going to fall apart. Speaking of which I’ve had cars that have lost nuts and bolts because of how rattling the streets can be.

So please Mayor Ed Lee, lets do something to make the streets safer to drive on instead of having cops pull people over for driving 32mph in a 25mph zone.