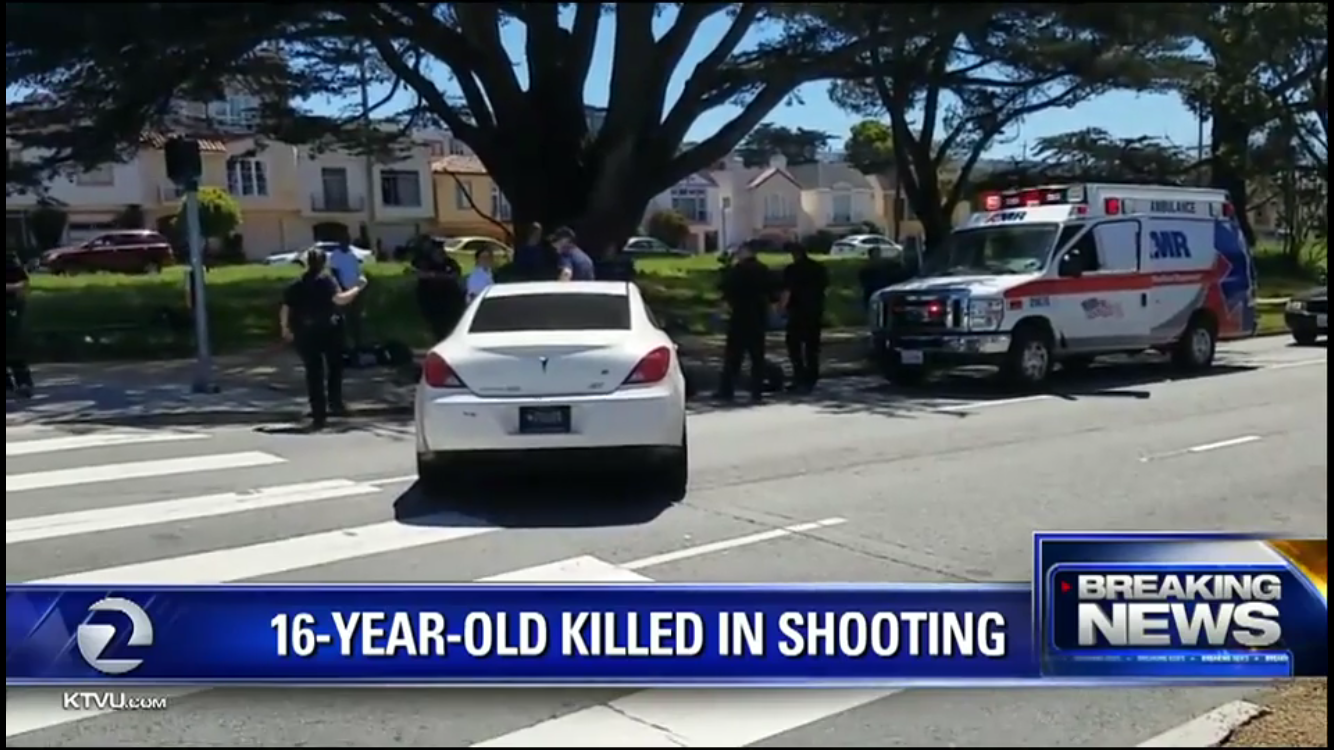 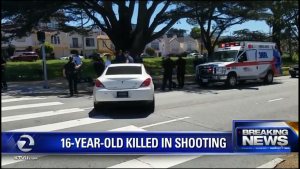 Just to preface this before I start: I don’t normally do this kind of thing. I hate sounding like an old curmudgeon shaking his fist about These kids today [i.e. like my Father], but I feel it’s kind of necessary considering a lot of the fuss that it’s raised in the Sunset District and beyond in San Francisco.

If you haven’t heard by now a 15 year old boy was driving his car on Sunset Blvd and was shot and killed near Kirkham street. A shooting in San Francisco while not unheard is definitely unheard of in the Sunset District. As people love to say about the Sunset, it’s boring out there. I like that people think that because it keeps them away.

We don’t know much so far other than he wasn’t from San Francisco and it appears that there isn’t someone in the Sunset randomly shooting people. There are a few clues from what happened that I’m going to deduce [and this is why I said I normally don’t like doing this] what exactly happened.

First off the shots were all on the driver side and the passenger wasn’t hurt. This would mean that the shooter had to be standing on the median or across the street. My guess here is that the shooter was in another car driving along side the car that was shot. I’ll also guess that the driver of the car who was shot had a beef with the shooter in the other car and was then shot and killed. The incident happened around noon on the Northbound lane of Sunset which I could deduce from the angle of the sunlight.

I’ll also guess that this was probably a gang related incident. We don’t really have any gangs in the Sunset District and Sunset Blvd is one good way to enter the city [especially if you’re going to the beach on a hot day] from down on the peninsula. From the way the car was shot it does look very similar to gang related shootings I’ve seen pictures of before.

While there has been a recent uptick in crime in the Sunset that usually has involved car break-ins and never have guns been fired let alone drawn [I could be wrong on that last one, but to my knowledge guns in the Sunset except kids making zip guns in Junior High when I went there was a pretty rare thing.]

I follow a lot of the social media sites that have a focus on the Sunset since I live here and I like it here, so I’ve seen a lot of people thinking we’re all going to hell in a hand basket out here.

Please note this is all speculation on my part and I’m just putting it out there to calm a few of the louder people down. We’ll know more over the next couple of days, but that’s my thoughts for the moment.