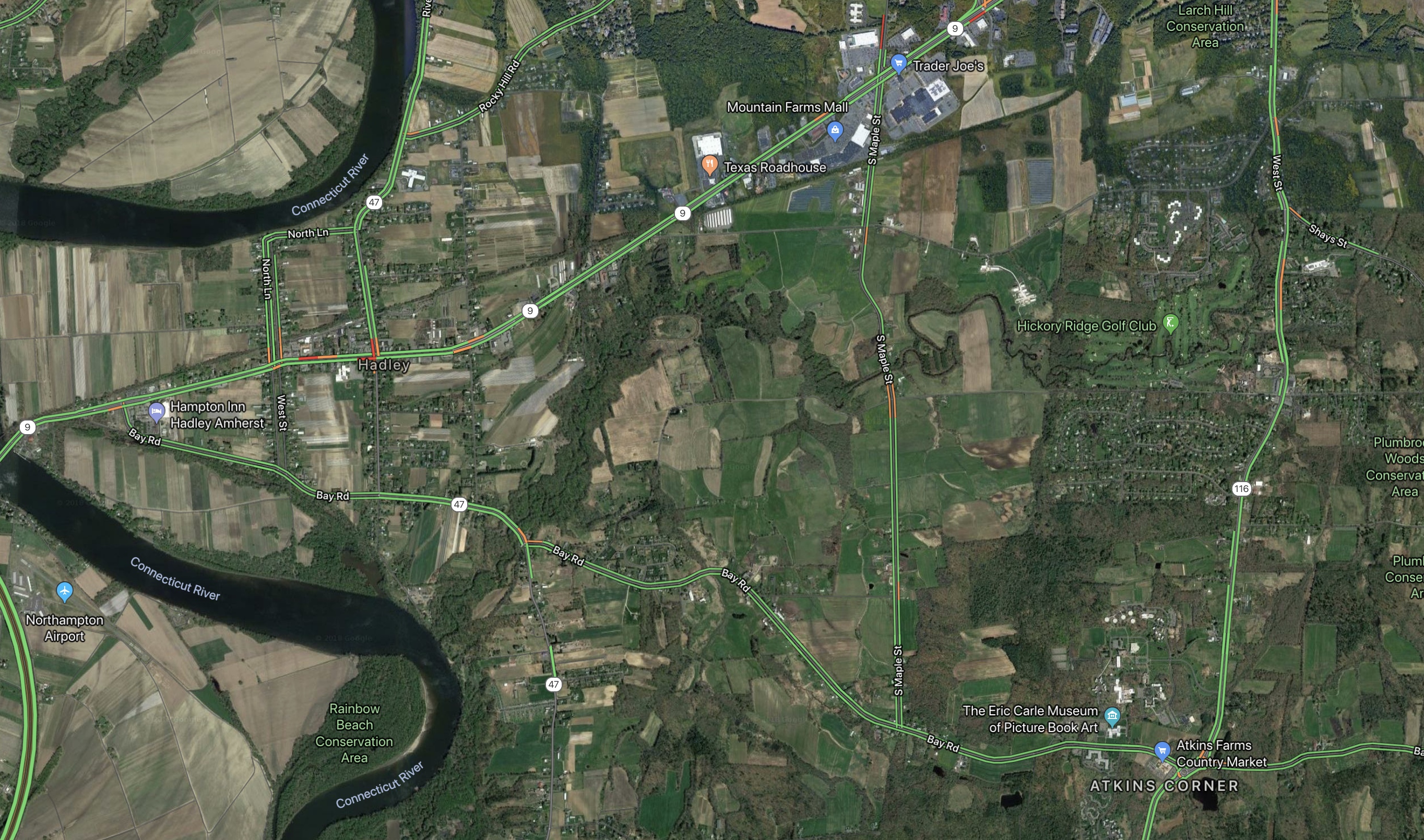 Yesterday we took a trip across the bridge on the Connecticut River to go to Hadley. Hadley is an odd place as the main road which is route 9 has all the shopping, but once you drive off route 9 it’s all farmland. The houses are really nice looking and I only saw one run down place, but that was next to a new place that was probably going to be it’s replacement.

The distance between houses is so great that you’d need to fire a shotgun to get your neighbor’s attention. As we drove down South Maple Street we passed lots of dairy farms offering raw milk. As you can see from the picture there’s a lot of farm land here and what they produce goes to all the cities around and beyond. I thought it was funny seeing all these farms within a 10 minute drive from Northampton since in the Bay Area restaurants and companies brag about how their food is locally sourced and travels no more than one hour. It’s literally minutes in this case.

We had originally thought of buying a house in Hadley because the property tax is really cheap, but the isolation would probably drive me nuts. The streets off route 9 are poorly lit at night and driving in a pitch black atmosphere is something I never had to do as a city kid so I’ll take living in small town Northampton and travel to Hadley when I need some raw milk or farm fresh eggs, but during the day.

The is a bit of an upscale grocery store that serves the Atkins Farm that’s pretty nice and as you’ll notice from the pictures below, not crowded. Prices for an upscale place compared to what you would pay in San Francisco are ridiculously low. Seeing organic asparagus for $2.99/lb vs. the $8.99/lb I would see in SF is a bit of a surprise. Here are some pics from Atkins Farm: