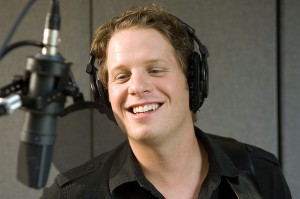 Back when I was in college it was pretty much unheard of for people to do voice over work from their home. It was far too costly and computers were just starting to be looked at as a possibility for recording audio. Now, just about any computer you get can do it for you. One of the things that has been puzzling me though is that all of these websites for voice over talent ask if you have an ISDN set up. I was thinking about this one and remembered that ISDN was the precursor to DSL and Cable Modems and it is far more expensive with you having to purchase a $3000-$5000 box and pay between $50-$150/month, but for some reason voice over artists swear by it.

WHY? I have yet to get a good argument for why ISDN is necessary for good voice over work. It’s more than a tenth slower than DSL, The G.722 codec it uses is far inferior to say, Skype’s SILK_V3 codec and the whole process involves the artist sitting at a mic and it being recorded [usually] outside their home studio at another recording studio. Why not just record the raw voice over tracks and share a dropbox folder with the studio so they can pick them up? I actually provide finished audio files to my clients using dropbox and that has been working out just fine for them.

Many of the podcasters today have never had formal training in voice over work and many times they create the shows as a conversation over Skype that they record. These people aren’t even using a good microphone and they sound pretty good. The current voice over community is living in the world of the dinosaur. If you have a decent set up you don’t need all the professional sound booth materials to effectively record a voice over. You just need a quiet room and a good mic with high rolloff [that means the farther away you get the more the sound lowers].

I decided a few years ago when I was asked to do some voiceover work to deliberately use GarageBand just to see how it would work out. I could have used Pro Tools, or my favorite Digital Performer, but I wanted to see if GarageBand could hold up to it. Here’s what I got: California Academy of Sciences.

This was all created with a free program, royalty free music and a mic that costs about $150 [actually more like half that because it was a two mic set and I used the MXL 2001A]. I don’t have any form of sound insulation in the room I do the recording in, but it still turned out very good. So now I still don’t understand why the industry is sticking to these outmoded ways to doing business. If there are any voice over artists out there that read this please comment because I’d love to understand why. 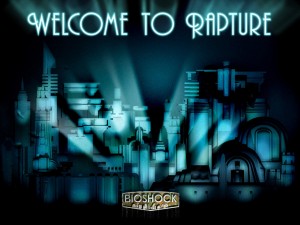 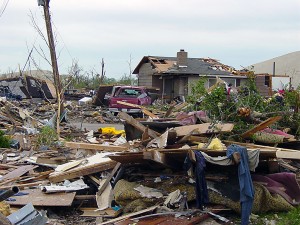 OK, so here’s the deal. I’ve decided that Monday’s through Friday’s I will post articles about San Francisco. On the weekends if I get some time I’ll post bonus material that can be about anything in particular, stream of consciousness rants, whatever. I’ll call these wild weekend articles. That being said today I want to talk about…

Disasters. We hear about them all the time. Earthquakes in Japan, tornados in the midwest, hurricanes in the south and east. What I find funny is that people who live in the areas where it seems like they have to buy a new house every year have all said to me, California’s nice, but I could never live there because of the earthquakes.

I’ve lived in San Francisco my entire life and the only time there was a disaster that set us back was in 1989 when the 6.9 earthquake set us back a day. We lost power for about four hours and our phone lines were screwed up for about four days and that was it. Our house survived quite well as it was bolted to the foundation and the only thing in our house that got damaged was a ceramic goblet that I bought at the renaissance faire that fell off a shelf.

Yes, you don’t know when they are coming and when they do they’re usually very loud and scary, but they’re over shortly and life goes back to normal. I think the scene from L.A. Story where Steve Martin is sitting at a cafe with a group of people when an earthquake hits and they are all going about their business because it’s no big deal. It really isn’t that big a deal unless you might happen to live in a liquifaction area such as the Marina which really had only the area North of Chestnut street affected.

Yes, I did get hit with a few falling bricks and some flying glass shards from a broken window when the quake hit in 1989, but  because we get quakes often enough we know what to do and we’re prepared. So why is it then that other parts of the country that get hit by large hurricanes and tornados every year get warnings and aren’t prepared? Looks like a cat 5 is coming, ah nothing to worry about we’ll get by. Seriously? I know a lot of friends in hurricane country who do get out in time and hope their home is still there when they get back and in a lot of cases it is there, but they still get affected in some way much worse that us people who live in earthquake country. Like having to throw out their refrigerators because of the toxic mess that’s accumulated in the week or so they’ve been gone and the fridge has been off.

Well what about the Northridge quake? Yep, that one was pretty bad when it happened over 30 years ago. We don’t get blizzard conditions in the winter or heat waves in the summer. We’re lucky to see the temperature go past 100° for more than a couple of days [except for perhaps in Needles, CA]. There are parts of California that do fall prey to flooding, but they’re on the coast and if you want to avoid flooding, don’t live on the coast. I recently looked at the weather departments predicitions of a tsunami hitting San Francisco and as long as you live above 46th avenue in the Sunset above La Playa in the Richmond you’ll be fine. That’s only two blocks that would be affected.

There was a recent study done on the San Andreas fault that showed that it would never be capable of delivering a quake much above a 7.6 at this point in time. So earthquakes aren’t really something you need to be too afraid of here in California. They’re just a little surprise wake up call to make sure you’re prepared.