When i was first announced the SFMTA was going to build an offshoot of the Muni Metro that would run from near AT&T Park to outer Fisherman’s Wharf. This sounded like a great idea because you could get off at the Van Ness and Northpoint and have a short walk to Pier 39, the Wharf, a little further down to the Cannery do a little shopping, maybe drop by Ghiradelli Square next door and have a sundae then head back home. Then they said because of costs they would have to stop it at Chinatown.

Of course Chinatown. If you drop it into google most of the responses you get will be in Chinese newspapers, blogs, etc. Rose Pak is usually mentioned as well. This leaves out North Beach and the Wharf. Two high money making areas for tourists. Most tourists to Chinatown don’t spend much time since they done speak Chinese. At least at North Beach and the Wharf they speak English and a few other languages which means more money they can take out of your pocket.

Now they have been talking about the extension into North Beach. This was before the Mayoral election where most of the people running for Mayor were against a Central Subway that stopped in Chinatown. It really would have only benefitted the Chinese in San Francisco and very few others. You might get a short walk to the strip clubs on Broadway, but now they’ve found a way to move it into North Beach to support the Italian community that once lived there [a few still do, but it’s mostly hipsters now.

I would still like to see the full run of the Central Subway all the way down to Van Ness & Northpoint because it would help people who live out there commute downtown as well as a greater influx of money to the city. I’ll take the stop at North Beach for now and then maybe they can extend it all the way down to the Wharf just like they did with the T. I find the Metro to be very quick and I can get downtown in about 15 minutes, so why not speed things up to get people down to the wharf? As it is right now, from where I live to get to the wharf I need to take two buses and a short ride on the Metro. That usually takes me over an hour to get there. We rarely drive as parking is steep and hard to find. If we could hop on a Metro and get there in about an half hour instead of the over an hour it takes now I’d be all for it. We should be serving the entire city, not a small part of the city. 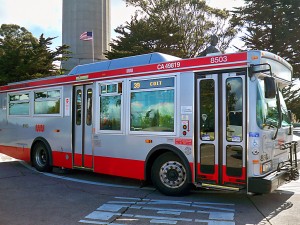 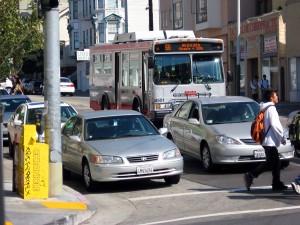