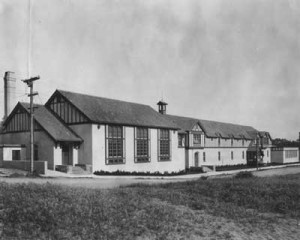 I guess I’ve finally reached that age when you’re talking about San Francisco and your sentences end up starting with, “Why back when I was a kid…”. I’m one of a rare breed of San Franciscans. I was born here, lived here all my life and I’m back living in the 1953 year old house that my parents bought for a mere $18.1k in 1954.

I don’t think there’s more than a handful of people who can say that because most of those people have moved out of San Francisco because they could get a lot of money and live better somewhere else. Me, I like living in the the Outside Lands (Sunset District). This area got its name because it was outside the hustle and bustle of downtown. We’re like the suburbs of San Francisco, but we still get to be in San Francisco. How good is that?

As we all should know San Francisco started as a shipping port in what is now downtown. It grew out and around Twin Peaks to the Mission District and then down to the ocean then started to move North to fill up “the outside lands.” Back then the builder’s who were putting up the houses didn’t exactly do so in an orderly fashion. When my parents moved in their backyard  was literally sand. My Dad could jump the back fence into a sand dune. He’d give my Mom’s dog a Topper a toss over the little fence that was anywhere between 1ft and 5 ft depending on how much sand had blow in and take the dog for a run. There weren’t any streets below the house back then so there wasn’t any problem with him being hit by a car unless he decided to run a mile down to the beach.

My parents had to take dirt from their friends yards outside the city and bring it back to actually have dirt in their backyard. These were the days before you could run out to Home Depot and buy bags of dirt. They’d haul the dirt back in their old 1962 baby blue Ford station wagon and haul it out back dumping it out while pushing back the sand. Times where different back then and kind of odd, like:

I could probably go on with lots more stuff, but I don’t want to build up too much “Sunset Redneck” cred. I’m not saying that the old days were better, just that some of the things were nice to be able to rely on. I won’t turn down all the advances we’ve had  in the Outside Lands. The fact that just about any countries food is within a 5 minute drive out here is great. People are getting friendlier, which I’m still getting used to when I walk into a shop and they call me by my name. Maybe they’re following me on Twitter or checking out my facebook page? I do miss driving through the sand dunes that were left with my neighbor’s son who owned a dune buggy. How cool could that have been when you were 10? It’s just kind of fun to look back at how much life has changed around here sometimes.

Oh and by the way, that picture is of the Parkside school that’s at 27th and Vicente and is now know as the Diane Feinstein Public Elementary.