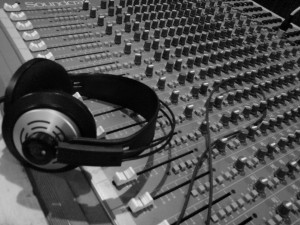 My wife and I have been having trouble with radio in the car. We’ve got three stations we hop between and can’t really figure out which one to stay with. Here’s our choices:

ACK! It’s bad enough that the top radio station in the city by the bay has always been an AM talk radio station, but COME ON! This was the center  of the summer of love bands in the late 60’s, in the 80’s we were thrash central and the music stations were all very defined. I think I’ll have to blame it on grunge music from the 90’s.

When grunge came out the hard rock stations like 107.7 said, well, we’ll have to adapt and there’s distortion on the guitars so we’ll live with that. Then Live 105 must have said, well, we don’t have new wave anymore and it’s quickly becoming old wave so I guess we’ll mix in some grunge. The band doesn’t really count because they just showed up one day with, hi we’re going to copy you, but with a softer hand. We’ll focus on Bryan Adams and John Cougar (Mellencamp half decaf latte with soy milk). Oh and here’s an AC/DC tune!

When I have to listen to radio on the internet to hear new bands or even to find out that old bands I liked are still around is ridiculous. We’ve already seen the music business going to hell in a hand basket quick style and I guess that means radio has to follow along. I worked for two local radio stations in the early 80’s and both of them could define their music style in a sentence, KFRC was “Top 40”. You knew what that meant. K101 was “Love songs, nothing but love songs.” Well, until people realized that wasn’t going to sell, but at least it was defined. Now if I could figure out how to stream internet radio in my car I’d be fine because for most of them there’s no bottom line, it’s only that they love the music they’re playing. I wish I could say the same for commercial radio here in SF.