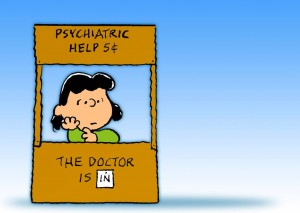 Oddly enough when I tell people I blog for a living people ask me why. I have to kind of think of that because it doesn’t give me a good enough income to live off of, but it does give me an outlet. I love San Francisco and while I’ve traveled to numerous cities around the nation and world they still don’t hold a candle to being in San Francisco. I want to share my love of this city with them so hopefully those outside the city will want to come, spend money and create jobs that maybe one day I can find.

Then there are my rants. I like to rant because when a problem comes up in my life I’ve found it doesn’t do much good to talk to the person who’s irritating me, because they usually aren’t a person, but a corporate or government entity. I don’t like Chloramine in our water because of the health effects it has on us and our children and pets. I don’t like paypal because they’re a corporate conglomerate monopoly that my letter to them and local, state and federal government have ignored. I even had to leave a part time job because they only paid using paypal and now I could no longer get a paycheck from them.

There are a lot of things going on with me that I don’t like and when I get to write about them I feel a sense of catharsis. My blog is my therapist and I tend not to like flesh and blood therapists because they seem to have more problems than I do. I could write about a former boss that stole my identity and was using it to buy drugs for himself, but I had been ignored by the San Mateo police department possible because he’s up on a couple of felony convictions that will keep him locked up for years to come. I could talk about the trials and tribulations of raising a 3 year old autistic girl who most people wouldn’t know there’s anything wrong with until she has one of her little meltdowns [and I probably will write an article on that soon].

So while I blog about my love of San Francisco, it also gives me a change to vent my middle aged anger on the system that was supposed to work for me. When I become a gray haired old man I don’t want to be that guy walking around on garbage night going through people’s trash to collect recyclables. I don’t want to be a Wal-mart greeter or counting inventory for target, but while I’m highly skilled and qualified, there are also lots of kids living at home with Mom and Dad who can do the job for half what I need.

So please, if you can click on my sponsor links to help a brother out. Send me emails of encouragement or post comments about what you’d like to see here or not see here. I’d love to be able to do this full time, but know that only a few people in the world can do that and I might not be one of them, but I’m going to keep trying. I’ll keep blogging and I won’t go away.