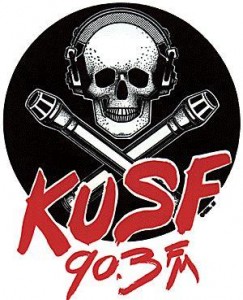 This is really early on, but it appears that as of this morning it was announced by the regents at the University of San Francisco that KUSF has been sold. From the USF website they posted the following:

“The University of San Francisco (USF) announced today that KUSF, the university’s radio station, is moving to an online only format, effective immediately. The university has reached an agreement to assign the FCC license for radio frequency 90.3 FM to Classical Public Radio Network, which is launching a non-commercial classical music station in the Bay Area. CPRN is owned by University of Southern California.

Read the press release from USC and Entercom Communications.

The call letters KUSF were not sold, and the KUSF logo and all music inventory will remain USF property. All KUSF staff will be offered similar positions at KUSF.org.

The move to online-only distribution gives KUSF a powerful opportunity to grow its worldwide audience. Previously, the station was limited to 100 online listeners at a time, but capacity will be increased to accommodate thousands of listeners.

The station will go dark briefly for necessary engineering work. It is possible the electrical work could take several days.

As it shifts to an online-only format, USF will focus on the station’s primary purpose as a teaching laboratory for students. The university is evaluating ways to improve the student learning experience and enhance its curriculum in digital media and audio production. USF is also pleased to announce that CPRN will make internships available to qualified USF students interested in radio broadcasting.

USF will invest the proceeds from the sale to support its mission, and will continue to offer a valuable learning experience for its media students. USF is pleased that it can also help ensure the long-term presence of high-quality classical music programming in the Bay Area.

The sale must be approved by the Federal Communications Commission.”

OK, I’m sure not a whole lot of you remember KUSF or even heard of it [great if you did though]. I discovered it through a friend I met in a nightclub early in the 80’s, Ron Quintana who started and is still a DJ with Rampage Radio. While I tried listening to it during the day I hated the really bad alternative rock they played that out of the thousands of songs maybe only a couple of bands were good enough to get record contracts. On the other hand, when Rampage Radio started up late night on Saturday it was all about the hard rock and heavy metal scene that was building up steam.

I was not much of a late night guy so staying up late was always kind of difficult for me. I was able to make to the studios a couple of times after club shows and it was almost like it was the after hours party for the metal shows locally. Ron and Ian Kallen who started the show worked hard to get in contact with the rising metal bands around the world before there was internet or skype so they had to do it all by hand and they were instrumental in getting a lot of these bands to come to San Francisco because we actually knew who they were from listening to Rampage Radio.

[mappress mapid=”1″]As it turns out Rampage Radio is looking into online streaming “radio”, but for some reason when you go to their page and click to enter it’s redirecting you to Facebook. I’m sure they’ll fix that soon. From the little info that’s trickling out I’ve heard that the station was sold for $3.75 million dollars. From what I can tell, that’s what USF gets out of the deal. The station is owned by the city of San Francisco and apparently sold it for $80 million dollars word has it at the moment.

In the end, KUSF may end up doing better. I certainly hope Rampage Radio does better. Non-profit radio has been going downhill for years. It’s all about the internet now and I’m hoping the Rampage crew embrace that wholeheartedly. It costs less that operating a broadcast station, reaches people all around the world and decentralizes the staff so that they can work from their own homes. Best of luck to them all!