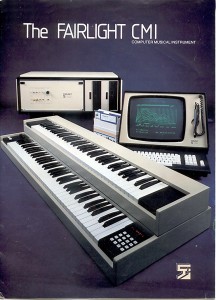 After an experience I had yesterday morning I decided that a look at musical technology was in order. Being a guitarist and keyboardist I’ve got an arsenal of gear in my house. It used to take up a whole lot of space and it cost me an arm and a leg to get it. I’ve pared down over the years because the technology has increased. I used to have a Marshall Stack that cost me $800 for the head and $400 for each of the two cabinets. I sold them both to get a PODxt Pro which gave me a choice of 32 different amp models plus 22 different cabinets plus a huge selection of effects and modeled mics for the cabinets to get the same studio sound for $799. They now have a newer version that does even more for $300 less. They say modeled because they can’t say duplicated, but when a friend of mine came by and told me the amps he wanted to play through and what setting to give it he was surprised at how close it came.

Now it’s time to up the ante. Yesterday I just happened to run across a few iOS apps for the iPad that bring the price barrier down even further. In the early 80’s there were two synthesizers that were vying for the top of the heap as being the best and most expensive synthesizers in existence. These were the Synclavier and the Fairlight CMI. You have to remember back in these days most computers had about as much power as your bottom of the line cell phone and they were big, fat and ugly. While the Synclavier has sort of fallen away into the history books, Fairlight CMI decided to take a step forward. The original Fairlight CMI cost around $40,000. Well outside the range of the average musician. Now Fairlight has release the Fairlight CMI II as an iPad app for $9.95. You can get the pro app for $49.99 or if you bought the cheaper version through an in app upgrade of $39.99 and this included the entire CMI III sound banks. 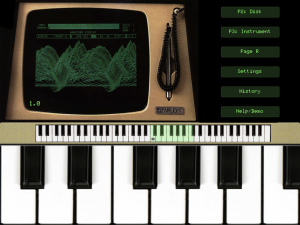 Granted you have to deal with 80’s styled synth sounds, but retro has always been cool. The other downside is that you have to deal with the same interface as you did in 1980, but at least it’s on an iPad which makes it a bit cooler. The original used to take up the equivalent of a six foot table with a large box underneath that you had to insert 8″ floppy disks into that were a bit on the fragile side. Now you can hold the entire thing in your hand and walk around using it. Very cool in my book and I’ll be getting a copy of it soon.

The next piece of software is the Mellotronics M3000 that recreates the original Mellotron built by a British company in the 60’s that you’ll all know as the flute sounds in the Beatles, Strawberry Fields. It was the first sampler that used blocks of audio tape that had the recorded samples of the instrument and it was rather fussy at times and the tapes wore down. Now it’s on the iPad and you don’t have to worry about the tapes wearing down because it’s all digital. This is a really good version of the original seeing as the builders of this app have joined forces with the original Mellotron makers to perfect it. 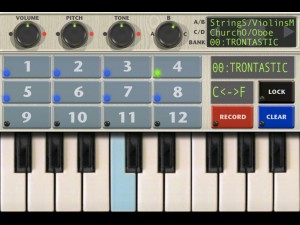 There are lots of other synth programs for the iPad like NLog and Rebirth [being a fraction of what the desktop version is] that offer MIDI interfacing so you don’t have to use the iPad screen to make the music and there are lots of apps out there for the iPad that works as recording studios letting you record anywhere from 4-16 stereo tracks.  This is something twenty years ago that no one would have believe to be possible. If you’re not a synth wizard, but a guitarist or bassist you can always download Amplitube and turn your iPad into any one of a number of amps for literally pennies. Granted for most of these things you’ll need a few extra bits of hardware, but I can definitely see now that we’re entering into the post-PC world as Steve Jobs said that in the next few years recording studios are going to shrink down to a table with an iPad or two plugged into a speaker system and be very streamlined.

Somewhere in the mid 90’s I wrote an article on my music website, saundhaus.com that talked about Audio for the Masses and how at the time for under $5000 you could put together a recording studio that would surpass the level of studios from the 70’s and even 80’s. Now today you can get an iPad for $499 and for another $100 add in what you need to make it pretty awesome. If you search youtube.com you might find a few people like this who are already using iPads to play concerts [now if they could just get the singers on key]. Life can be weird, yet amazing at times.