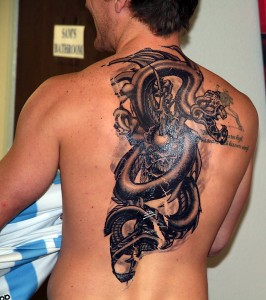 OK, I like many of you out there have been wondering, scratching their heads or screaming out loudly during public assemblies [Leland Yee] about the Interim Mayor of San Francisco running for being a real Mayor of San Francisco. I decided I should look this up. Here is what I found for the definition of interim. This specifically refers to a person in an interim role:

An interim official is a person who is filling an official role temporarily. This can be in between two other people, or when the normal person is temporarily unable to do it and somebody else must fill in temporarily or without following the ordinary protocol. For example, a school can have an interim principal, or a country can have an interim prime minister. The interim person may also be called an acting principal or acting prime minister, as they do not have the official position, but serve in the same manner. A specific usage of this term is the interim leader in Canadian politics. The Episcopal Church uses interim clergy to support parishes following the departure of a rector (senior priest) to work with the parish on grieving, the development of new leadership, a rebirth of relationships with a Bishop and diocesan staff, and to encourage discernment for the future without the influence of the former rector – the people of the parish being the “Church.” This helps with the call of a new rector.

So essentially what we are looking at is a person who has been asked to fill a temporary position that will relinquish said position when the time comes. I have to admit that I’ve liked Ed Lee as the Interim Mayor of San Francisco, but he was just that — an Interim Mayor, not meant to run for re-election [are you hearing me Rose Pak? or ????????????] The term Interim is the equivalent of the term temporary. If you went to a booth at a fair and got a temporary tattoo only to find out that people later voted to make it permanent you’d be a little upset wouldn’t you?

Ed Lee was not supposed to run, nor is he supposed to run for re-election. His post was temporary otherwise he would have been called the Mayor of San Francisco, not Interim Mayor of San Francisco. I am at odds with Senator Leland Yee’s demand that Interim Mayor Lee resign if he wants to run for Mayor, I believe he should step out of the race all together and let a Mayor be elected from those who were bound by the title to not continue on past their selected time was up as was originally stating in his choice for being the Interim Mayor.

Then during the next Mayoral election, Former Interim Mayor Ed Lee can make an attempt to run for Mayor without having to feel like he is reneging on his original agreement. Bruce Reyes Chow asked me in response to my endorsement for Supervisor John Avalos for Mayor who my second and third choices will be. While I am still deciding on my second and third choices and I will post them here [especially since I’ve been nominated as one of the best local politics bloggers by SF Weekly] I can say for sure that Interim Mayor Ed Lee will not be either my second nor third choice in this election. When he took the office there was a promise that he would not run again and he has broken his promise. Therefore he will be crossed off my list.

If you haven’t already, please go to SF Weekly and vote for me as the Best Local Politics Blogger. You have until 8/30/2011 and I’ll appreciate it if I only get into the top three.