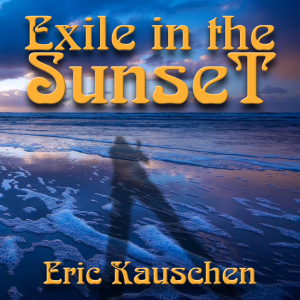 I just received my proof copy today of my new album and it looks great. Since I’ve approved it you can now purchase the album on iTunes or on CD now.

If you click on the final artwork picture to the left it will take you to the page where you can purchase a CD version. If you’re in San Francisco and can attend one of the meet ups I will personally autograph it for you.

There are two special tracks on the CD that I did to pay tribute to two people who have influenced me. Track 11 is called Satching with the Alien and is a tribute to my old guitar teacher you may have heard of before, Joe Satriani. The other is track 12, The Power and the Glory which is a tribute to Yngwie Malmsteen since he showed me how I could combine my classical music training with hard rock guitar.

This was a fun album to record and I think I’m getting better at playing all the instruments myself. There is more cohesiveness on this album than my last from three years ago and I like the fact that everything has clicked into place. While it might be another three years before my next album those of you who don’t know me know that I also compose and perform classical music. If you go to iTunes and drop my name into the search engine you’ll find a few more of my older albums there that have a bit of a Danny Elfman nod to them. Not Oingo Boingo Danny Elfman, but more Beetlejuice Danny Elfman.

In case you’re a bit on the lazy side and don’t want to scroll down on the side bar I’ve included the media player in here so you can try before you buy as I like to say. You can hear all the tracks and with a click or two you can purchase the ones you like from iTunes, but for the full CD be sure to click on the picture to take you to the page. I’d like to thank my old friend Derrold who gave me the idea for the title. While the title sounds nice it’s really a reference to the Sunset District of San Francisco which can on some days be almost as inhospitable as Antarctica, but I will always love it here.