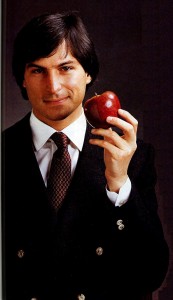 I try to talk about San Francisco things during the week, but with the release of Apple’s iOS 5 yesterday I learned a few things that Apple doesn’t tell you so I have to give them a smack today.

My wife is not an early adopter. She is still using Tiger just as my workplace is using. I knew iOS 5 was to be released yesterday and was notified yesterday morning that there was an update to iTunes. I figured this was a tie in with iOS 5 since you went through iTunes to update your iOS devices previously. At work, we have a strict IT department so that wasn’t possible, but when I heard the announcement that iOS 5 was finally released I tried to update, but had to wait until I got home.

I get home and plug in the iPhone and try to update and was informed that it was having trouble contacting the update server. So I tried again, and again, and again with no luck. I figured everyone was doing it so that was the problem. I did check the suggestions to get around this and finally checked for new software updates and low and behold there was an update to OSX 10.7.2. After installing that I found out that I could update my iPhone to iOS 5. The only problem is that my wife’s iPad is hooked up with her computer and she is wary of updating because for some reason she always finds something that goes wrong. Well, it turns out that she can’t update to iOS 5 until she upgrades to Lion. Now I also have friends with mac’s that can’t upgrade to Lion because they’re computers don’t meet the specs who also have an iPhone or iPad. They’re out of luck completely.

On the plus side I have to say that both Lion and iOS 5 are nice, but there isn’t much shockingly different at first look. I say this to people who aren’t early adopters that feel like they’re missing out, you’re not really. There are a few new cool things, but nothing majorly WOW. I have noticed a few problems also, well one problem and that’s with the move from MobileMe to iCloud. First when you try to transition to iCloud you’re told to log into me.com to start the transition. This is wrong. You go to iCloud.com and enter your MobileMe user name and password and that is what starts the transition. After I transitioned I’ve found that while iCloud gets the mail it keeps telling me that my password is wrong and I need to re-enter it. This could be from the fact that many people are changing over to iOS 5 that it’s putting a strain on their new server farm. Also as I am typing this for some reason Safari has started to automatically hide itself under 10.7.2.

While I don’t totally understand the #OccupyWallStreet phenomena that’s going on, if you’re not an early adopter of Lion I suggest it’s time to go down to your Apple store and #OccupyApple and make them fix the problem. Yes, I know you need to have Lion installed in order to use iCloud, but if you have a mac that doesn’t meet the specs for Lion and you’ve been using MobileMe as of June next year it will all disappear on you. Which means that in moving forward you’ll have to get a new mac and switch to iCloud to continue to use your mac.com or me.com email address and all the other new features. You will be as useless as a Newton in a short time.

2 Replies to “Forgive Me Apple, For I Have Sinned”