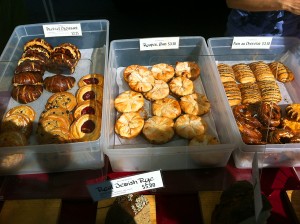 One Reply to “Stonestown Farmer’s Market”