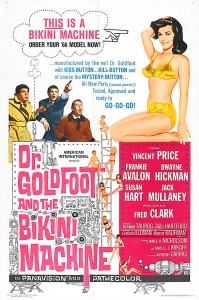 One Reply to “Dr. Goldfoot And The Bikini Machine”