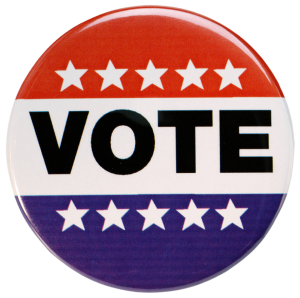 Yesterday was election day and now due to ranked choice voting [RCV] we still have no idea who the new Mayor is. Ed Lee taking 31% has started to hint at a victory, but he doesn’t realize that RCV favors the far left more than the conservative democrats in this city. If you look at the list the bottom is pulled and the second and third choice are added to the ballot. Most of the bottom rung candidates are what San Francisco likes to call, Progressives.

In some cases I think anarchists might even be better. There are eight write in candidates and I haven’t heard of even one of their names. My biggest shock was that Terry Joan Baum actually got more votes in the first round than Mr. Reset San Francisco Phil Ting. I guess we like things just the way they are. As the far left is weeded out we’ll eventually start to see the far left moving a little more to the right and my prediction is that Supervisor John Avalos’ name will start to pop up.

I believe this to be especially true when the second and third choice votes for Cesar Ascarrunz are divided up. I was surprised to see that Cesar was running again after all the years he’s consistently run and lost. He has pulled a bit of the latin vote in SF over the years and the fact that our number two in the first round has a last name of Avalos and is a latino will probably help him out. Avalos came in second in the first round with only 18% of the votes. This was surprising to me even though I offered my endorsement to him since I did not receive one piece of political junk mail from him which makes him very green so I’ll assume that several of Terry Joan Baum’s second and third choice voters will go to him.

Dennis Hererra sent out an email yesterday that almost read like a concession speech. As I mentioned in my last post that initially I liked Dennis until the smear campaign started. Again, I don’t like smear campaigns because they don’t focus on the candidate, but more on what the other candidates are doing wrong. John Avalos took the high road. Ed Lee has acted like a rockstar without a band. He took a Ted Nugent attitude and just assumed because he was the mayor he would get the spot. Senator Leland Yee who was all over the place talking about how wonderful he was until he found it better to stop talking about himself and start focusing on how Ed Lee was a traitor to the cause came in the first round with very disappointing 8.93%. I guess I won’t be seeing him at the Tennesse Grill anytime soon.

I do not like ranked choice voting because of the fact that it is now the day after the election and we still have people counting votes in overtime. We still don’t know who the mayor is as well as the sheriff or district attorney. We may not know for up to a week as people work overtime to count and recount the ballots and then when it is announced we’ll have people crying foul! which could carry this on for over a month. If we had the standard voting method with a run off it would take a couple of days for the decision. Granted, there would be time in between, but then people would be able to get on with their lives. San Francisco needs a fix and we need it fast. So now I unofficially ask you to vote in a run off. Ed Lee or John Avalos. Who would you choose. Any other comments will be deleted.