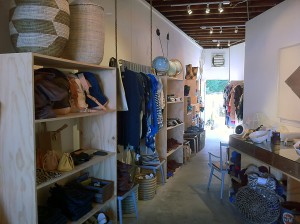 I like living in the Westside. We’re starting to change the Sunset district and Richmond over to the Westside because we both have Ocean Beach in common. Once you pass Sunset Boulevard the vibe changes and you just get a laid-back beach vibe from the things you encounter. You see it most down on Judah street with Noriega and Taraval starting to get into the game and Judah street was where I ended up yesterday.

There’s a little parklet across from the 7-11 that made me stop and take a look and I noticed a new store that I hadn’t seen before. It’s called the General Store, yes I agree it could have a better name, but it’s a well, general store. It carries thing you would need like clothes and flashlights and books, etc. They tend to be a bit more on the upscale side of things, but that’s not necessarily a bad thing. They’ve been in business for a year and a half which is good by business standards in the Westside because businesses don’t usually last too long as you get near the beach. At least in the past. 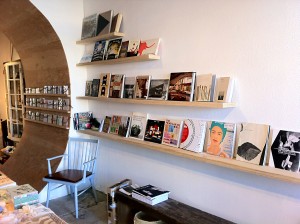 The beach area used to be a no man’s land that the only thing that lasted more than a year was the corner liquor store. Restaurants out there were pretty beat up looking and you would want to choose them unless you had to. I’m glad it’s changing. Judah street from 44th Avenue down to Great Highway is becoming a vibrant place to visit. The General Store just adds to this.

When I walked in I was surprised at the artistic quality of many of the items for sale. There was a calendar that  had each month printed in a spiral showing the phase of the moon each day and was printed using an old method called letterpress wherein metallic versions of the letters are actually pressed into the paper after being coated with ink. It gives a debossed look even though the printers tried to avoid this when they first started doing it. 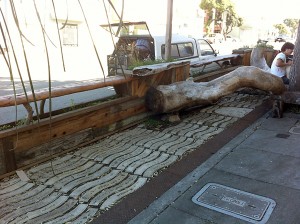 There were wooden handmade implements that upon further inspection turned out to to be flashlights. They were pretty impressively made and if you had one sitting on a table you wouldn’t even know what it was. There were also a collection of handmade soaps and jewelry for those so inclined. The books and notecards available while few had a distinct Westside vibe.