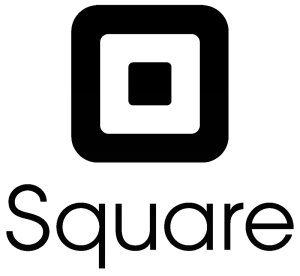 The tech edge that San Francisco holds currently has people jumping with joy or frustration. There are new things developing that could be wonderful or that could screw who the status quo of how we live. I had an interesting experience last week that I’m going to share with you.

Now you’ve heard me talk about San Francisco based Square as being a good ecommerce company. They don’t charge you anything up front. They send you a credit card reader for free and their software for the iPhone and Android is also free. The company even sends you business cards to pass out to get people to understand how Square works and they charge you only 2.75% per transaction with no transaction fee.

Looking through the app last week I noticed a large increase in the number of small businesses who were using Square and after downloading the new update it’s even easier to run on my iPhone since I can put in the individual items and they now show up on my iPhone, not just on the iPad.

I aslo received a phone call last week from someone at PayPal who was trying to sell me on PayPal‘s new PayPal Here service. I was kind of surprised as the phone number they called me on was linked to an old account I had made a mistake on. I had used it for donations for a website I used to run and as a joke I listed a donation as something that it turns out PayPal doesn’t want you to sell. It doesn’t matter whether or not there are large companies selling the same product I wasn’t, but I apparently broke their rules so I was banned for life from ever using PayPal again.

The guy on the phone told me it works, just like Square, but is cheaper. Well it’s only 2.7% vs. 2.75% and I’m not big enough that I’m going to complain over losing 50¢ on $100. PayPal is so much like Square that they made their card reader look like a triangle to keep with the geometric primitives angle. I told the guy that it was nice of him to offer this to me, but I had been banned for life from ever using PayPal again so I would have to pass.

Now when you are told that you are banned for life from using PayPal ever again you would think that this would mean that you just couldn’t use it to accept money. Well, you’re wrong. I had tried using PayPal in the past to purchase things from small companies on the internet and discovered that my bank account that was tied into PayPal‘s system was also banned from buying stuff from PayPal online. I happened to meet up with a friend I was telling this story to and he had the PayPal Here service so I told him I’d give him a buck if he let me try something. He pulled out his phone and plugged in the reader and I entered $1 and swiped my card. Guess what? My card was declined even though I had well more than $1 in my account. Why? Because I have been banned for life from ever using PayPal for anything [which they don’t tell you]. I would have to open a new bank account to get it hooked up with PayPal so that I could use the system. I don’t want to be bothered with that and I was told that if PayPal identified me as the same person that I would be banned again. It doesn’t matter if they really hire people to search for previously banned users of PayPal who want to be able to use it to pay for items. It’s fare too draconian an attitude for me to want to deal with.

Jack Dorsey, the founder of Twitter who started Square is a genius in my opinion. While they do have a few areas they don’t like to venture into sales wise they are pretty much an ecommerce company first that wants to make taking money from people for goods and services more affordable. If you’re a tech geek you can pull out your smart phone and run their Square Wallet app place your order while in line and just pick up your stuff at the counter or if you’re one of those people who doesn’t like this new technology because in my day they didn’t have smart phones and you had to tie two soup cans together with twine to call someone, you can use a regular old credit card. This is something that gives small businesses the edge. In looking around the USA I see that most metropolitan areas have quite a few places that accept Square. Not as many places as in the San Francisco Bay Area, but still a good amount. I can see this taking off in the near future even bigger and Square has a very big edge over PayPal in that it doesn’t shut out potential users from the system. PayPal has messed up big and if you do a quick search in google you’ll find lots of people complaining about being banned for life from PayPal. Square is the future and the way to go for small businesses.