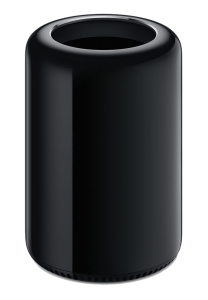 Well Apple is in town this week for the World Wide Developer Conference and along with that comes the requisite keynote address. I’ve watched it a couple of times before writing this to let it sink in.

Not a single product was released. That means that there wasn’t a throng of Apple fans rushing to update their software right after the Apple love fest in an attempt to bring down the internet for the rest of the world. On the upside I think this keynote was Apple’s answer to everyone saying that Apple just isn’t as cool without Steve Jobs. Sure they had to pull out several people to cover for the missing omnipotent Steve, but I think they did a pretty good job. Here’s my breakdown of the speakers:

Tim Cook: He’s been seen as a bit milquetoast-like. He doesn’t offer the wow factor Jobs did, but he was always the voice of reason to come back to. I noticed a bit lispy precision in his voice making him sound a bit like a gay account as he was rattling off the numbers to us of how popular Apple has been in the past year.

Craig Federighi: This was the wow factor guy. He played the audience of balding 20 year old nerds quite well in such a way that he also made those who were watching that weren’t of the nerdish variety go weird. You know the type. Those people who think plugging in an appliance makes them technologically advanced. Craig played to the hecklers who tried to interrupt him without breaking a sweat and even through in a bit of self deprecation which always goes over well in my book.

Phil Schiller: He’s Phil. He’s always there and he’s got a sort of low brow, I’m not going to throw numbers at you, but big words that sound cool. Can’t innovate my ass was his best line of the show. Phil is the type of guy that you place a shot of 50 year old single malt scotch in front of and start to explain all the care and forethought that went into making it and when you turn your eyes back to him from the glass he’s downed it and ordered another couple of shots while pulling out his corporate card to pay for it. Phil to me represents the end user that just wants the box he sunk his money down on to do the job.

Eddy Cue: METALLICA! I was waiting for him to scream that out during his presentation of iRadio, but he went a little more subtle and chose Whole Lotta Love by Led Zeppelin with a couple of required head bangs during the start of the song. Eddy Cue is like comedian Jim Breuer in that he took the stage looking like he had just finished off a few too many beers and can’t pronounce the big words Phil was throwing out. Oddly enough he did a pretty good job explaining iRadio. I’m going to use it when it’s available. Something tells me he has Nickelback on his playlist though.

All in all it was a pretty well thought out presentation. So much so that it wasn’t until afterwards that all the people who use Apple at home finally realized, They didn’t release a single product today!!!! The various people talking about how great Apple is was interspersed with shots of the audience to include Al Gore, Woz and Jony Ive just to add to the cool factor of the day.

From what they showed of  iOS7 looks like it was created by someone who watches far too much 80’s Japanese Anime, but after all the talk about flat, simple icons I could finally understand why when Craig started tilting an iPhone running iOS7 — the wallpaper looks like it sits about 6″ below the icons. I’m sure there’s someone at Apple who gets paid a lot of money who said the line during a meeting that 6” is enough for anyone. That was probably Jony Ive who used to be Jonathan Ive, but I guess that was a bit stuffy sounding for Apple. Then there was Darth Vader’s trash can™ or the new Mac Pro. It had a very slick look to it and it’s sleek black is something I welcome back. I’ve missed Apple’s black laptops because black will always be the new black. Black has always been cool and will always remain cool. Kind of like why we call the Yakuza the Japanese mafia and not the mafia the Italian Yakuza, because it was the first to come up with a cooler name for organized crime.

Looking cool seemed to be the focus of this keynote. Gone is the skeuomorphic design, replaced by flat icons that every designer has now redesigned in 15 minutes. Sure the new OSX Mavericks does some cool things, but it’s doing things it should have been doing a few years ago. Speed and functionality took a back seat in the presentation to showing off how tilting the screen lets you see more of the wallpaper or that animated thunderbolts accompany your weather prediction. It’s kind of like a new coat of paint on a old car with a few tricks thrown in. Yes Apple can still innovate, but at the same time they’re adding on features that other apps have been doing for awhile, so while they innovate they are also coming up to speed. San Francisco will be changed this week and hopefully the city can suck every last penny out of all the techies who’ve come to San Francisco and not live off the outside sponsored hipster buffets™ that no doubt will be going on all over the place.