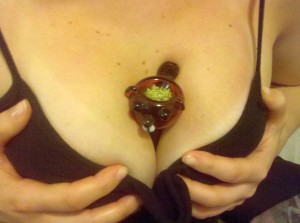 The Sunset District is a place I’ve called home for 40+ years. It’s an odd place that’s enveloped by fog which then will switch to hot sunny day. This is the secret of the Sunset that’s been kept from the rest of San Francisco and with global warming it only gets better as there’s less fog and more sun. Now the oddest part is that beachfront property in any other city carries a high price, but in the Sunset, it’s where we have all the low income, section 8 housing.

My guess is that came from the pre-global warming days when down at the beach there were two kinds of weather, raining, and gonna rain. There were cars up on blocks in people’s front yards or if they weren’t, they were rusting from all the salt air out at the beach. Now, thanks to C. W. Nevius of the SF Chronicle it has brought the Sunset Redneck to the forefront in an article I read today. Now I don’t remember meth labs and whorehouses in the Sunset when I was growing up, but I do remember the working class people who were trying to get ahead by saving money every way they could. I’ve decided to expand on C.W.’s article [what the hell does the C. W. stand for that it sounds so horrible he has to use C.W. anyway? It just reminds me of the actress S. Epatha Merkelson. How bad is that S if Epatha Merkelson is ok?] by creating a list of things common to the Sunset Redneck. See if you qualify even if you aren’t in the Sunset.

1. You have a car up on blocks in your front yard. [bonus if it’s an olive green 1967 Cougar]
2. The last minute and a half of Freebird is the ringtone on your cellphone
3. Girls: you put your makeup on after getting on the L-Taraval or N-Judah and are finished by Sunset boulevard
4. You’ve got a freezer in your basement
5. You’ve got an electric guitar in your basement, but you don’t play guitar
6. Someone says, “The Riptide”, “Kelly’s bar and no grill” or “Club Scirrocco” and you know the bartenders.
7. A sunny weekend means you pull 2 chaise lounges onto your driveway with a cooler of Budweiser.
8. Your lawn is what gardeners refer to as “weeds.”
9. Your mama still doesn’t know ’bout that tattoo you got.