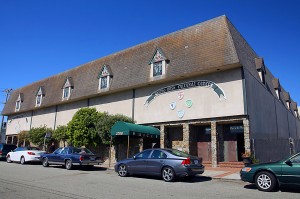 Tonight I’ll be heading over to the United Irish Cultural Center to listen to several of the candidates for mayor tell me why I should vote for them. This is my first time getting involved with anything close to real politics and also my first time stepping into the U.I.C.C.

Since I’ll be visiting the United Irish Cultural Center, it seems only fitting that I wear my green suit in honor of Irish heritage even if I’m not Irish myself. It also doesn’t say if there will be drinks or snacks available, but I’ve been told they have an excellent restaurant that I might stop by for some potato leek soup, cod and chips with a slice of Bailey’s cheesecake to finish it all off.

From what I’ve been reading about the political candidates running for mayor, none of them are straying too far from each other for fear of losing a place in the second or third tier of the ranked choice voting. I’m assuming then that many of the candidates tonight will probably be saying the same thing unfortunately, that is unless Rose Pak shows up with the Run Ed Run crew. The only other thing that could get interesting is if I get pulled aside by some of Leland Yee’s crew to have a word about some of my previous posts regarding him.

If I end up spending the night in the bar then at least I’ll have a few friends to sit with me. Slainté!