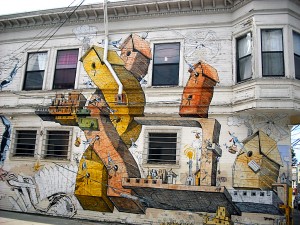 I don’t like to put down areas of the city and in this case it’s kind of a half hearted commentary, but I just read that the Mission District is the new hot place to buy in San Francisco. I’m not so sure it’s hot to buy or hot to sell. The reality is whether or not you’ll drop a million dollars on a fixer upper.

Yes, you read that right, there is a home that the owners are asking $1,000,000 and it’s a fixer upper expected to sell for more money. This house was one of the original houses and my guess from looking at the outside is that not too much has been done on the inside. I can see asking a price like that on some of the more updated homes, but a lot of the original homes were built in the 20’s and 30’s and there are possible problems that will cost you even more in the long run.

Granted, it was 20 years ago, but I lived in a 2 bedroom house in the Mission. It was my first time I had moved out of my parents house and had sort of a house of my own. This house was built in 1924. It had a living room, dining room and kitchen on one floor and a large bedroom, small bedroom and sunroom on the top floor along with the bathrooms. It was a good sturdy house, but there were also parts downstairs that no one ever walked into. There was a door next to the garage door that you couldn’t see for all the spider webs. The door out to our backyard that was overgrown with weeds and blackberry brambles was sealed shut with spiderwebs. To get into the garage you had to have a tiny car because the street was so narrow you couldn’t really get enough angle to get into the garage with a regular sized car.

I got used to parking 2-4 blocks away from the house because the house was on a private street that dead ended and you had to back up to get down the street because there wasn’t enough room to turn around. You couldn’t park on the street on my side and on the other side people would park halfway on the curb. Because I was parking 2-4 blocks away my tires were always in good shape usually because I had to replace them every 6 months because someone would slash them. I got to fall asleep to the lulling sounds of gun fire that was going on between the local gangs. I never really walked the streets unless I was going to work because there wasn’t anything to walk to really other than my car. I would have to drive to get to most places because walking wasn’t really that safe.

Let’s fast forward to today and see how it is. When you look at the paper you still see stories of people getting shot or car chases ending in crashes. There are a lot of new restaurants catering to hipsters that have had cars crash into them or people shot during dinner service. Fires caused by substandard old wiring. This is not a positive reason to live in a place. The Mission attracted hipsters because it was a cheap place to live at first. Hell, our rent on the house I was in was $800/month split between 2 [sometimes 3] of us. When we moved out the house had sold for $209k. Now the prices can be 5x that.

It’s not cheap to live there anymore, but there is still a mix of the old Mission and the new Mission which is having problems. You’ve got six figure income people living next door to welfare recipients. The crime level is still much higher than in other parts of the city. A lot of the hipsters living there are at the lower end of the income spectrum because they’re new to San Francisco and don’t understand that it takes a lot of money or luck to live here comfortably. They are the ones that will come and go that will make the Mission’s old beat up properties slide by the way side quickly.

I’m not too sure because I don’t have many homeowners to talk to, but the idea of buying a house and flipping it for a profit in a couple of years seems to yield a lesser return than it did 10-15 years ago. Owning a home is a long term thing and takes commitment. You’re tied to it for 30 years if you’re serious and a lot changes in 30 years. Oddly enough there are better places [and by better I mean less expensive, lower crime rate, better schools, etc] outside the Mission that change more slowly that are better for a long term commitment. These are parts of the city a lot of the new comers call boring. Excitement for me in owning a house isn’t asking myself when I step out the door, am I going to get shot at or just have my car broken into. In the long term, these areas have more value as they keep moving up in value just slowly. Note that the house I used to live in in the Mission could be sold today for $735k and rent for $3300 a month.  While that’s quite an increase since I was there my old next door neighbor has seen the house value rise and fall radically over the years.

Overall, I don’t mind my couple of times a year visit to the Mission, but the idea of living there now would be a step down for me. 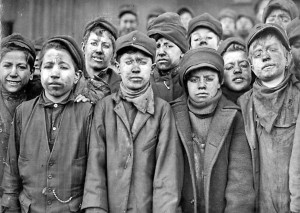 I was talking with a friend the other day about silly jobs we’ve worked. Most of my jobs have been fairly normal and anything odd never lasted more than a week [setting up the audio for a gay new year’s party was interesting, but having to move out the day after wasn’t]. I had to think hard on this one and then I remembered back when I was nine years old. That was what I would consider my first job.

I was in elementary school [Lawton Elementary to be specific] and it was the year that busing started. There was lots of turmoil going around most of it in class or on the school yard and I was this nice clean cut white boy who just should have had a kick me sign glued to my back. My mother was even told by the Principal that the reason I was getting into so many fights was because she dressed me too nice for school. I didn’t like school back then because in a couple of years I would be working out organic chemistry at classes I took at the Academy of Sciences that I learned more from than the prune faced teachers of yesteryear that would just scowl at you and put on the TV so we could watch an episode of Sesame Street or Electric Company while they went to the “conference room” to suck down have a pack of cigarettes.

I needed a way out and a friend of mine Cornell told me there was an opening for a dishwasher in the Cafeteria. Cornell and I because friends because I think I told him he was cheating at four square which I didn’t realize was a challenge or slang for, terribly sorry, but would you possibly mind kicking my clean cut white boy posterior? Afterwards we became friends and he let me in on the little secret.

When you worked in the Cafeteria you got to leave class before lunch. Lunch was split into two sections where the first group would be eating then go out to play and they’d shuffle the second group in. We got our lunch for free and there was almost two hours out of my school day I only had to deal with Mrs. Dixon who scowled at everyone except us, Cornell and one other person who I can’t remember his name. For getting the trays and washing them [I had the dryer detail putting the trays into and pulling them out of the dryer and stacking them] we were paid 25¢ a week plus the free lunch. I’m sure we could have asked for more, but six nine year olds going on strike doesn’t exactly make anyone suffer. In some ways I felt a bit like Oliver from Oliver Twist, without all the filth and suffering.

These were the days when your parents would scare you with threats that if you didn’t do better in school they’d expel you and no other school would take you and you would wind up broke and on the streets. Well at least that’s what my Mom would tell me. Being broke and on the streets would have been tough for a nine year old so I worked at school which wasn’t much of an effort and if I did wind up on the streets I could at least be a dishwasher.

What I remember the most was Mrs. Dixon [who I just can’t imagine what Mr. Dixon looked like if he did exist] would reward us at the end of the month if we did a good job with an ice cream bar. I never understood why she had them since none of the other kids got ice cream [note bragging sound in my voice]. It wasn’t really that much and I could probably go home after school and at least three days out of the week I could grab an ice cream bar out of my own freezer, but I guess because I had to work for it made the difference. Cornell always used to work hard because once a month was about the only time he would get ice cream and he’d run out the door showing that ice cream bar to everyone in the school yard. The quarter didn’t mean much when you got ice cream at the end of the month.