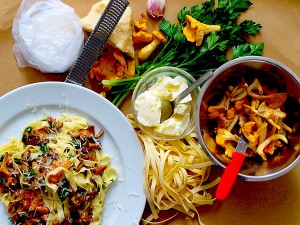 I haven’t written too much about food recently, but I came across a book my wife and I were putting together that was a collection of my Mom’s recipes and I fell in love with food again. For those of you who knew her she was best remembered for her cooking.

I think because she was a stay at home mom that after I started going to school she had time on her hands and spent the time cooking. She would make gallons of bolognese sauce and freeze in old milk cartons, make cookies and cakes every week and all my friends that would come to the house always wanted to come by to taste what she made that day.

When we had parties she’d get up in the morning and start cooking. There would be appetizers like her bourbon barbecue hot dogs, mushroom toast rounds, spinach dip, crab molds. She wouldn’t just put out chips and dip she always went all the way.

Her food was old school compared to what you’d get today. It was pretty homey feeling when you’d eat it though and it made you feel good to take a bite of it. So this week I’ll be sharing some of her recipes that made me feel good as a kid growing up in San Francisco.

The first is one I grew with. It was the only way my Mom could get me to eat mushrooms and you’ll see why when you read the ingredients. I made this for a party once and after the first couple of batches I didn’t have a chance to get them into the oven because people were just spreading it on the bread and eating it up. I think you’ll like this one.

Slice sour French rolls or onion bagels into thin slices. [I prefer baguettes]  Spread each round with the following mixture:

1 teaspoon minced onions (instant) only if using French rolls. [I add a couple of cloves of garlic instead]
Place on baking sheet and broil until bubbly.

Variation: use chopped mushroom stems in above mixture and stuff mushroom caps.  Broil until tender. 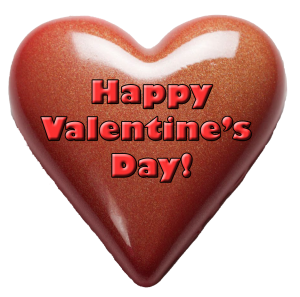 I am lucky that my wife never even looks at this site and couldn’t even tell me what color it is if her life depended on it, so I’ll share this with you instead.

I never liked Valentine’s Day very much because I always felt guys are on the short end of the stick. It’s all about what you’re buying for your girlfriend/wife. I suppose it’s slightly different in the gay community, but not being gay I don’t know for sure.

I never get even a card on Valentine’s day, but I’m usually expected to “put out” something along the lines of chocolate and sweets or jewelry. Well, I’m lucky. I didn’t marry that kind of girl. When we go out to dinner we don’t like to sit and languish for hours and hours. She’s a simple girl and that’s why she’s put up with me for over 14 years.

[mappress mapid=”33″]So I’m going to do something different today. Today I’m going to take my wife to a special place on Union Street called American Cupcake for lunch. This is a place that isn’t just a bakery shop, but more of a café that specializes in cupcakes. They’ve done so well that they’ve been featured on the Food Network or the Cooking Channel [I can’t keep the two straight anymore]. They have lots to offer outside of their sweet menu which is their cupcakes. They also offer a savory menu which is what you’ll want to get for lunch or dinner unless you like to eat cupcakes for those two meals.

They also have a PBJ assortment to offer as well as beer and wine based cocktails. All of their goodies are organic and sustainably farmed so the eco-geek in you will be kept very happy. I suggest you check them out and see what you think.