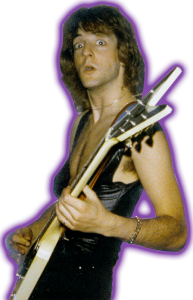 I was never much of a conspiracy theorist, but sometimes something happens that you just have to say, WTF?!?. The latest started one day when I was cleaning out my cabinet in my recording studio and came across some CD’s that didn’t have any labels on them. This was unfortunately normal for me several years ago and I started to pop them in and try and identify them. I came across a song I had forgotten about from back around 2001 that started with a strange call I received and that’s where this story begins.

I need to give you a little bit of background so you can understand the head space I was in then. While I had been in a band that played around the city and I was always hanging out in the local clubs that was in the 80’s and early 90’s. After I got married, while I was still a musician I wasn’t playing live or in a band. Hell, my band broke up in 1985 before the local scene really started to get big actually.

I still had lots of friends in the industry that I’d be in touch with and occasionally I’d get a call to help them out with a recording they were doing. I wasn’t really on the pulse of what was going on anymore.  I actually didn’t know that several of the bands that I liked from the 80’s were still together and releasing albums until recently.

This is where it starts to get interesting. I got a call one weekend from a friend of a friend. He told me that he was recording a band at the Record Plant and their guitarist got in a car accident and they were burning studio time. I hadn’t really played with a band in almost 15 years at this point aside from some small side gigs in a studio and I was told that this was pretty much all it was. I was suggested because they needed someone who played like guitarist X. I have to use an X here because I don’t really have enough to go on so I can’t name the guitarist, but I figured it was some sort of cover band or a band covering one of X’s songs and I was pretty much known for being able to play like this guitarist because, well he was kind of my idol in the 80’s. I said, let me grab my guitar and find some extra strings and I’ll be right over. Don’t worry we’ve got everything you need just come right now.

I didn’t think much at the time, but I drove over there and was handed a guitar that I noodled around with for a few minutes. Mind you this was a guitar very similar to the guitarist’s I was supposed to be emulating so I figure wow, they weren’t kidding. It was actually the same brand guitar I played. I started to adjust the tone on the amp to get it to where I thought it needed to be and I was told, don’t touch it, we’ve got his tone dialed in.

OK they had everything figured out, no problem, I just chalked it up to being professional. The bass player and drummer where there, but they had pretty much recorded most of what they needed except they needed more guitar. I jammed on the song a couple of times with the band and then we went straight to recording. It was only a couple of takes and then I went back and re-recorded the rhythm parts. They liked what I did and told me that it was perfect and no one would know that their guitarist missed the session. Cool. I was supposed to get paid $250 for the job and they ended up giving me $500 and asking me not to tell anyone I covered for their guitarist.

I actually knew so little about the band that I didn’t know the name of the guitarist, let alone the band and just figured I was getting paid to play guitar and I headed home with my money. Time spent about three hours total.

It was fun being in a big studio one more time in my life and playing the CD they sent me on this day reminded me of that time. So much so that I decided to post it to some friends in a sort of, remember back when sort of thing. It was when I got a call from a friend I hadn’t talked to in years that the story got interesting. 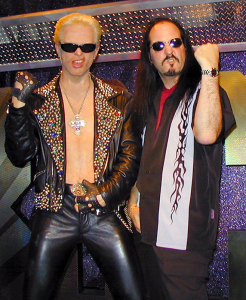 It turns out that somewhere around this time he was one of a few people called to see if they knew anyone who could play like this guitarist. It turns out the guitarist had fallen on hard times and had well, gone missing during the recording and they needed someone to cover for him. I honestly didn’t even know this guitarist was still recording and thought he was just another guy who’d show up for a guest gig here and there and that was it. Now this was only one song I played and like I said it was an in/out kind of thing so who knows how far this could have gone. There could have been several guitarists called in and they just picked from what they liked the best. I found the album that the song could have been released on and I have to say that it does sound like me to a certain extent. Well, me sounding like him. The worst part is that it was 12 years ago so I can’t say for sure. I notice things that are different between the two, but the singer [who I never met] sounds exactly the same. That’s one of the problems when you’re doing a cover tune is that people try to sound exactly like the original. I did have a bit of a habit of overplaying a bit and there were signs that what I played were there, but that was also based on a few changes the band I was playing with had added to the song. On top of that the song was originally recorded in the 70’s so even bands from the 70’s update their sound a bit over the years.

It all comes down to the question of was it me being asked to cover the part of one of my idol guitarists who couldn’t make the session or was it a band doing a cover of said guitarist? I can’t say for sure. I definitely can sound like him because he was a big influence on me, but the whole idea of me being him on his record is just too hard to imagine. Probably the worst part is that if it was me, I’ll never get recognized for it because no one would ever be able to admit it was me. 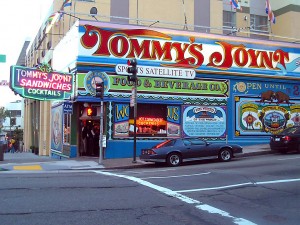