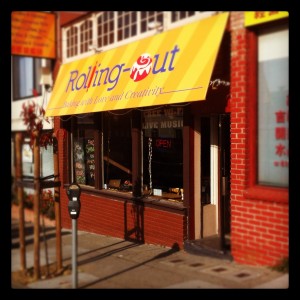 For some reason there’s a cafe on Taraval Street between 27th and 28th that can’t seem to stay in business for more than about three months. It’s not in that bad a location, but the awning and the name every few months with very little changing on the inside. The free wifi even has the same name as went it first opened about 5 years ago.

The name kept changing from Mocha 101 to Green Cafe to now Rolling Out. The names have changed so much that I can’t even remember most of them now. There’s always a few people in there, but not like some of the other cafes that have people lined up and sitting outside. The staff stayed the same for awhile but now I’ve noticed different people at the register. The inside is almost exactly the same as when it open so all this just seems funny to me.

I don’t know if the place changes hands or if the owner is just very into redecorating. The menu has changed a little bit, now focusing on sweeter treats and sandwiches made with homemade bread. At $4.75 a pop that’s not too bad a price considering I’ve seen sandwiches going for $6.50 closer down to me.

I’m not sure what it is in general with Taraval street, but there’s always a high turnover in businesses on the street unless you get farther out towards the beach where little changes. Unless you’re a gas station or 7-11 or El Burrito Express you can’t expect to stay in business very long on Taraval.

I just wonder why that is? 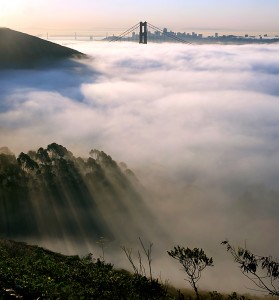