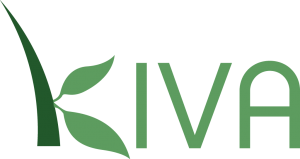 I’ve been wanting to write this article for awhile, but I couldn’t find a tie in to San Francisco. Well, I finally did and here goes. Kiva is a San Francisco company that has shown ads around the country that have former President Bill Clinton telling you how you can invest only $25 and get back at least a 95% return on your investment. This sounds all good and well until you start to think about it. What they’re saying is that if you give them $25 you’ll get back at least 95% of that, not 100% of that, but 95% of that. This is like saying give me $25 and I can guarantee a return on your money of at least $23.75. That’s not $23.75 over the $25, but basically give us $25 and we can guarantee you a pay back of $23.75.

Something wrong with the math here? You bet. It gets even better. Your $25 goes in with about 40 other people’s $25 that go to a foreign bank that will lend a needy individual the $1000 that helps them get out of poverty. Sounds great! Wait, there’s something they aren’t telling you…

The banks that give the money to the individuals [in my case Rosa in Peru] charge them between 17% and 25% interest on that loan. These banks give them money that they have guaranteed from people like you and me and then charge the people in third world countries anywhere from $170-$250 on top of the $1000 they received to get that money. After three months I got back my entire $25 from Rosa in Peru who needed help with her garment start up. The problem I see is that these foreign banks are getting a guarantee of the money they put up out front without any risk of losing any money, only the risk of losing interest on the money they’ve given.

To me this is predatory racketeering of needy people in third world countries. I would much rather give the $25 directly and get no return than to further the coffers of a foreign bank who is preying upon the people it is trying to serve. They can’t come up with a single argument that could justify what they are doing, but they’ve got a great green looking website with images of poor foreigners who are looking for money, but it is really the banks in these countries that are looking for the money even more.

People who come from poor nations need help, hell, even people in the US who don’t have money need help, but to charge them such a high interest rate that people who had more money and didn’t need to borrow in the first place would be charged a lesser rate doesn’t seem right. Kiva.org is pitching micro-financing as if it were micro-investing. You’ll never get back more than you put in, but you have a good chance of getting back everything you put in at least.

I can understand that banks can’t take a high risk on giving a loan to people who don’t have much chance of paying it back, but to make it sound all sweet and lovely by taking money from Americans and giving it to poor people who need it at not lose of ROI for the bank is just a swindle scheme by these foreign banks. In looking through the listing of people who are asking for money, I didn’t see a single bank that was on US soil, they were all banks in the foreign countries who were doing the lending. Were there any US people asking for money through Kiva.org? Nope, not one, yet we have people here who could use money, but I believe we understand that banks offering a sweet deal here must have some catch to it.

If you want to support needy people in other countries, please do not do business with Kiva.org which is a non-profit that is for profit for foreign banks.