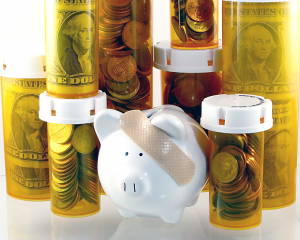 Today I’m going to step away from San Francisco a little bit. What I’m going to talk about concerns San Franciscans, as well as everyone else in America. Whether you think you do or not, we all need health care. It doesn’t matter how old you are health coverage is a must. My old employer referred to health insurance as a “crap shoot” you have it so that if you might need it you’ll have coverage.

Then I had a stroke a few months later at 37 years of age. Luckily, I had coverage. I was now given a host of pills to make sure everything was going to be fine with me and it turns out it is. Now most of the drugs are generic so I can get them cheaply without insurance, but there’s still one drug that’s not generic that will be costing me $200/month without insurance. If I go to my doctor I pay $30 for the visit with insurance, without it would cost me $75. What happens if I don’t have insurance and happen to have another stroke or I’m hit by a car [which happened to me when I was 16]. Where do we get the money to pay for it?

Yes, I agree Doctors and Hospitals and Big Pharma need to bring their costs down to the consumer who needs their services, but insurance also needs to come down and be available for everyone. I was paying $428/month for insurance for my family of 3 due to a COBRA subsidy by the government that ended December 31st, 2010. Now I am being told that in order to keep this insurance I would have to pay $1695/month. So I’ve had to look elsewhere for insurance coverage. Luckily I’ve found some and I’m hoping we’ll get accepted.

Now our good friends on Capitol Hill have drafted a Healthcare Reform Bill that went into effect as of March 31st of 2010. Since everyone likes numbers I’ll offer up a few from the analysis of the bill:

So while a lot of you will look at the cost first and see $940 billion dollars which is a scary amount, you have to look at the $143 billion we’ll also save over the first 10 years with another $1.2 trillion dollars saved over the next 10 years. OK, 20 years is a long time for the pay off and interest to come back, but it will also give healthcare to everyone in America. If you are on a low income you will be given subsidies and the “doughnut hole” for the fixed income Medicare patients would be removed. 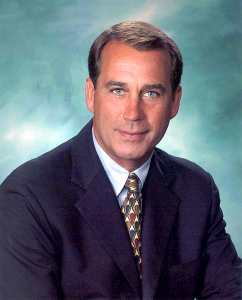 Sounds pretty good right? Well apparently not according to John Boehner our new Speaker of the House who faster than a speeding bullet, announced that the House will vote on January 12th to repeal the Affordable Care Act, the health care reform bill. Apparently our new speaker doesn’t want us all to have access to health care. I would like to urge all of you to read up on this at healthcare.gov where you can find the truth about what’s going on with this bill.

IF you believe that John Boehner is incorrect in trying to get this repealed there is something you can do. There is a group called Mom’s Rising who have put together a petition via the web to send emails from people to government officials telling them you do not support the repeal of the Affordable Care Act. All you need to do is give them you name and email address.

Some of you may disagree with me on this, but if you or a family member have an “pre-existing condition” which has a lot of things included you wouldn’t believe [got migraines or are on any medication?], you could be denied insurance or forced to pay a higher rate even if the treatment is inexpensive. If you just want to get your child covered? Most insurance companies won’t take on a child alone. I have a friend who has had to leave the US to live in Costa Rica because he has diabetes and was having to pay $200/month for his medicine which costs him about $20 there. Just think about this for a little while and do some reading at the links I supplied.