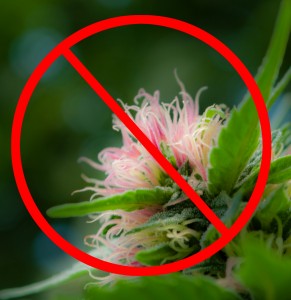 Note to readers: Having discovered that my name server had changed a little to late when I moved things over to the new server I suddenly lost a few posts and pictures which threw me off for a bit. Now I will hopefully regain my stride and get back to more regular posts.

The only thing that got more people’s attention than the Giant’s winning the world series was the election and pretty much as I figured California mooned the rest of the country.

Jerry’s back as President Governor followed by the rest of the Democrats just showing that we’re more a blue state than we were yesterday. Queen Meg will now have to be questioned on her business acumen after investing over $100 million dollars in a campaign that failed. Think of what she could have done with that money if she hadn’t run and started the Whitman Foundation to help needy kids or homeless people or some other ennobling cause. She’d be seen as a hero, but now she’ll go down as a business woman who spent the most money in a campaign that failed.

The coastal areas were all in favor of it and the inland empire was against it.  What surprised me the most was that Glenn Beck and Sarah Palin showed support for prop 19 yet Gavin Newsom, Jerry Brown, Kamala Haris, Barbara Boxer and the California Cannabis Association were against it. Wait, Governor Moonbeam didn’t want pot legalized? What’s he been smoking? It turns out on the against prop 19 list where a large number of pot producers who would, so they thought, lose money if it was legalized because it would drive the price down. Any quick trip online to look at prices for medical marijuana show that that’s not true.

Personally, I think it’s a shame that it didn’t pass. It would have increased the revenue that we already get from medical marijuana sales (which is currently north of $100 million) and it would have given California another reason to be a “go-to” spot. Estimates put the potential gains for the state at north of $4 billion per year.  Think of what that money would have done for our schools, our roads. It’s even possible that we could have eliminated state income tax if it passed. Nevada fortifies itself from gambling revenues so its residents don’t have to pay state income tax. Think about it. Even though our own Governator was against prop 19 he decriminalized have up to an ounce as a $100 fine.

I think the best that can be said about this was said by Richard Lee of Oaksterdam University, “Over the course of the last year, it has become clear that the legalization of marijuana is no longer a question of if, but a question of when.” I guess we just need the state to need the money more and have less people who don’t want to put their political careers on the line to support it.