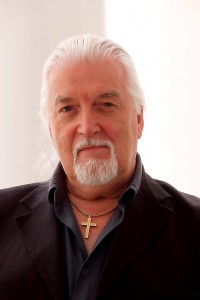 A man very dear to my heart has died. Jon Lord, the keyboardist for Deep Purple died today of heart attack on top of having pancreatic cancer. He was the person who influenced me enough to play the piano and then move on to synthesizers. I still have a program on my keyboard that I made called Jon Lord that specifically reproduced his Hammond B-3 organ with all the grit and distortion. I can still to this day play his solos from Highway Star or the intro to Child in Time. I will miss the fact that he is no longer around to play music, but at 71 he had a good life I hope. He was one of my musical heroes that I unfortunately never got to meet. The following is about him from sfgate.com and the story does him justice.

Jon Lord, the keyboardist of the pioneering British hard-rock band Deep Purple, died Monday in London. He was 71.

The cause was a pulmonary embolism, said his manager, Bruce Payne. Mr. Lord announced last year that he had cancer.

In songs from the late 1960s and early ’70s like “Smoke on the Water,” “Hush” and the epic “Child in Time,” Deep Purple laid much of the groundwork for heavy metal, drawing a blunter and fiercer sound out of the blues-based riffs common in the British invasion’s first wave.

Mr. Lord’s Hammond B-3 organ – with its signal routed through a Marshall amplifier to give it a distorted tang – was key to Deep Purple’s style. It locked into formation withRitchie Blackmore‘s guitar, Roger Glover‘s bass and Ian Paice‘s drums, forging catchy lines like the four-note motif of “Smoke on the Water” that helped the band sell tens of millions of albums around the world.

But Mr. Lord did more than pound out chords. His fast, wandering solos reflected a lifelong interest in lyrical classical music, and in the band’s early years he composed several large-scale pieces for the group, including “Concerto for Group and Orchestra,” which was recorded with the Royal Philharmonic in London in 1969.

Born in Leicester, England, on June 9, 1941, Mr. Lord studied classical piano from a young age and became a fan of piano rockers like Jerry Lee Lewis as well as jazz organists like Jimmy Smith. After moving to London in 1959, he played in various jazz, blues and pop groups throughout the 1960s, until in 1968 the first incarnation of Deep Purple was formed in Hertford.

After its first singer, Rod Evans, left in 1969, the group recruited Ian Gillan, who had sung in “Jesus Christ Superstar” and had the vocal prowess to match the band. In the early 1970s the group released a string of hit albums, including “Deep Purple in Rock,” “Machine Head” and the live “Made in Japan.”

Mr. Lord remained in the group despite numerous personnel changes until it finally disbanded in 1976. He then formed Paice, Ashton and Lord, a short-lived group with Deep Purple’s drummer and the singer Tony Ashton, and joined an early version of the band Whitesnake. Deep Purple reunited in 1984, and Mr. Lord stayed until 2002; since then he has continued his composing career and collaborated with musicians includingAnni-Frid Lyngstad of Abba.

He is survived by his wife, Vicky, and two daughters, Amy Cherrington and Sara Lord. His first marriage to Judith Feldman ended in divorce.

In a recent interview, Mr. Lord demonstrated how he tailored the organ’s sound for Deep Purple.

“Lovely a sound as it was, it wasn’t quite giving me what I wanted,” he said. “I could hear another sound in my head – something harder, something more throaty.”

“You tap straight in and put it through a straight speaker,” he added, “and you get a beast.”