For those of you who read yesterday’s post about KUSF, I got an email today from Ian Kallen, one of the founders of Rampage Radio with Ron Quintana. He clued me in to adding geo-tagging to the site for each post which makes it even better, but I visited his blog and he had this to say, so I thought I’d share it with all of you.

BTW Ian, Thanks for the info on the geo-tagging plug in!

KUSF: A village on the airwaves burned down 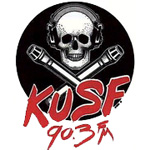 As some readers may know, I founded Rampage Radio with the guidance and support of Howie Klein back in 1982. I only stuck around for a few years and thereafter left it in Ron Quintana’s able hands. But those were years with impact, I look back at them fondly and the show has been running on the air ever since, the last broadcast was in it’s usual time slot last Saturday night. As someone who grew up in San Francisco, I always felt that KUSF’s presence at 90.3 was a comforting constant. Apparently a deal to sell off KUSF’s frequency was consummated last week and the signal was abruptly shutoff Tuesday morning. A rally and a dialog took place last night at Presentation Theater with USF President Father Stephen Privett. I commend Father Privett for coming out to face the music, all 500 or so of us in the packed theater were upset by these events and I think it took a degree of courage to show up. However, after the two hour question and answer sessions, it became clear to me that Father Privett has suffered a third degree failure.

Second, the process was terrible; instead of backing up and reaching out to the array of interested parties that a deal discussion might commence, he signed the non-disclosure agreement and completely shut out the faculty, students and community. Instead of embracing the stakeholders and providing some transparency, he went straight to the NDA and ambushed them.

And the third degree failure was the cowardly absence of recognition of the first two failures.

[mappress mapid=”6″]Father Privett claimed full responsibility, explained his rationale for what he did and the process he followed but his rationale for the process was weak. Before going under the cover of NDA, he should have reached out to the students, faculty and volunteers to say: before this goes away, give me some alternatives that will serve you better. Father Privett’s gross incompetence was saddening, he should just resign. In the meantime, using another frequency as a fall back for a rejected FCC petition makes sense but there’ll always be this sense of a vacated place in our hearts for 90.3 as San Francisco’s cultural oasis.

I’m certainly hoping that KUSF can reemerge from the ashes. Please join the effort on Facebook to Save KUSF!