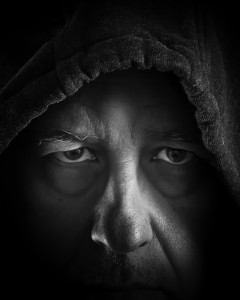 I ran across a program the other day called FaceLook that after thinking about it is really kind of creepy. It let’s you take a picture of someone’s face and then the program goes on to mine all the pictures of Facebook with tags to identify the person.

Think about that for a second. There are currently over 800 million users of Facebook and they’re predicted to hit one billion by August 2012. That’s an awful lot of people out there that a $1.99 app can look through. If you haven’t done so you might want to think about changing your privacy settings of your photos so that only friends can see them unless you want people to find out who you are and possibly start stalking you.

If you own a Mac and have iPhoto installed that has facial recognition built in that gets better the more you use it, but that’s different because you keep those photos to yourself [until the entrance of iCloud]. Now I don’t know this for sure, but [time for the tin foil hat] what if someone hacked into Apple’s iCloud or the government is allowed access to it?

iOS and Android devices just keep getting better and better as time goes on and the software people are writing for them is as well. We’ve got 8 megapixel cameras going into these little phones now and they shoot 720p video as well. I’ve been amazed at the quality of the video I’ve shot with my iPhone. Especially when I’m in a good position to hold it still enough.

They’ve already got an app called Action Movie that adds wickedly cool effects into movies shot on the iPhone or iPad that look very realistic [Car Smash and Missle Attack are my favorites]. So you never know what’s possible. Man was sent to the moon using a room full of computers that were slower and dumber than a smartphone. Now we throw birds at pigs. What will be possible in the future my scare you more than what’s out there to scare you today.