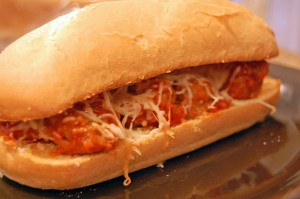 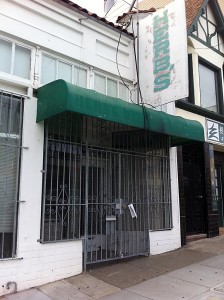 I was surfing around the web yesterday when I got a notification that an old friend of mine Kirsten had added me to the Sunset District Group on facebook. I had to check this out since it’s one more thing about San Francisco. I’m glad I did.

Someone started this group so that all the people who grew up and or lived in the neighborhood could get together and talk about the old times. I like nostalgia so as I’m starting to look over the postings a portion of my brain unlocked and all these childhood memories started flooding back in.

Names I hadn’t heard in close to 30 years started to pop up. People were posting old photos of places that no longer exist [Don’t cook tonight, get Chicken Delight!] It was fun reading all the old stories. There’s a lot that’s gone over time. Like the Fotomat booth that used to be out near the foot of Noriega. Aladdin Bowl on Noriega which I always remember people complaining that the lanes were warped and of course you can’t talk about the good old days in the Sunset without a mention of the old ice skating rink out on…45th Ave was it?

Then there was the post of all people I knew as a kid who had died. It was kind of sad finding a bunch of people who’s names you haven’t heard in years only to hear more names of those that have died. But at least there’s more fun to cover the sadness.

There’s over 2300 people now in the group and it’s growing faster every day. If you want to know what it was like growing up in the Sunset amidst the fog this is a good place to go.

On a completely unrelated note, I received a tweet today from @geeksugar which is a website for techie girls that was in response to their request for the nerdiest/geekiest pick up line ever used. I guess I won with:

Sorry, I will not tell you what CHMOD 777 means if you don’t know and I didn’t realize how funny it would be until my cellphone started vibrating off the table with all the retweets. I’ve finally come up with something that’s gone viral. Let’s see how far it goes now.