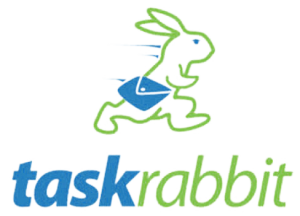 There’s a new company in town that I’m experimenting with called Task Rabbit that is a new form of employment that’s not exactly employment. At their website you can signup and go through a screening process that included a canned video interview and background check that once you pass gives you the chance to bid on tasks to do and if you’re chosen you get paid to do them.

Many of the tasks are pretty common, someone needs a ride to the airport, pick up and assemble some IKEA furniture [one of the more common tasks] or doing someone’s laundry and cleaning their house on a regular basis. Then you get some weird ones. Yesterday someone needed a person to wear a bear costume at a party and hand out scavenger hunt tasks to party members. The weirdest one yesterday was someone was needed to pick up carrots, wash and peel them, then decorate them with a sharpie marker and bury them near the tennis courts around the east end of Golden Gate Park and you had to provide photographs to prove you did that.

In addition to getting paid by the person who posts the task you earn points and can go up in levels. At various levels you get extra payouts. At level five you get a free Task Rabbit t-shirt, at level 10 you get personalized Task Rabbit business cards. I’m not sure what you get at other levels since I’m still at level 1 and have had all my bids rejected so far.

The trick in all of this is that the person who needs a task done posts the task and lets the bids pour in. You don’t get to see how much the person is willing to pay and you don’t get to see what other people are bidding so it’s kind of a double blind situation. Task Rabbit doesn’t offer any advice on how much to bid either so you really don’t have a clue. There was one guy who needed his car registration renewed so you’d have to meet up with him, get his paper work, go to DMV and get it renewed then return back to him with the finished forms and sticker. He estimated it would take 2-4 hours. I decided to bid $20 figuring that I might be able to sneak it through AAA’s registration service., but if that didn’t work I could probably get it done in two hours at DMV which would put my earning at about minimum wage. If it took longer I would technically be underpaid. My bid was declined. Someone else needed a ride to the airport at a specific time. I bid $20…declined. While SuperShuttle is less you’re at their mercy and cab fare would be even more. I once gave a friend a ride to the airport and she filled up my gas tank which cost WAY more than $20.

This started me thinking that since Task Rabbit in their terms of service agreement says that you will not call them an employer that they aren’t held to standard work laws like, you know minimum wage, so they can do whatever they want. Some people are very successful and there is a 58 year old retired guy in the Sunset who is at level 25 and supposedly earns $5000/month. Not bad if it’s true, but I don’t have any proof of that.

They have a mobile app in the Apple store that was just released yesterday that shows you all the tasks around San Francisco and I can say if you live near the Castro, Mission, SOMA or Financial District you could easily run most of the errands on your feet. The West side of town is a little dry on Task Masters. I did see a few in the haight. I even offered to pick up eight bags of stuff to drop off at the GoodWill for $10…denied.

While it’s a good idea, so far my denials for doing work that would cost them more through other routes makes me wonder if there’s a bit of  slave labor involved here.