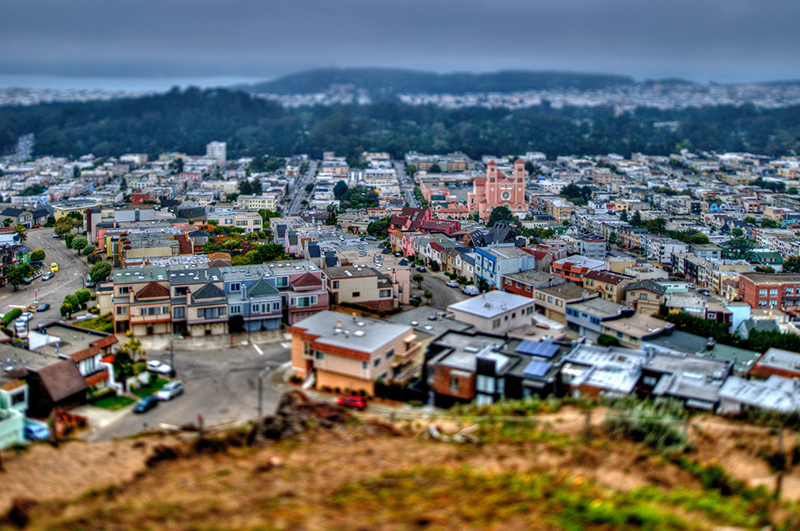 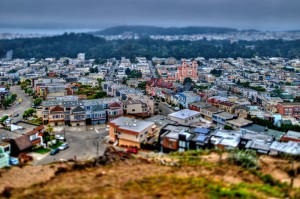 I think everyone [well almost everyone] will agree that the Mission District is sooooo 10 minutes ago now. It’s filled with tons of entitled techies who have nothing better to do than move out the long time residents. Well that’s what everyone is saying at least.

The down side is that now people are going to be looking for the that new cool in spot to live and I think I know where that is and I’ve been seeing it happening for a couple of years, but well, it’s starting to take hold now.

Yes, you heard me right. The suburbs of San Francisco, the Sunset District that two years ago people who say was too far away to live in has suddenly become the place everyone is saying they love. I think a majority of this has to do with the fact that it was the last affordable place to live in San Francisco. That’s changing quickly though and here’s why this is a problem.

The Sunset District is different than the Mission District. There’s a three story height limit that rarely gets approval to build higher and when it does it’s usually along a major thorough fare or commercial section. The rest of the time it’s just houses, mostly two story with a few three story thrown in, but very few apartments and those are only again along the commercial parts which are few and far between.

The Sunset District is the largest of all districts in San Francisco to the point that it’s broken up into the Inner/Central/Outer Sunset and the Inner/Outer Parkside, but everyone refers to all of it as the Sunset District for the most part. Technically I live in the Inner Parkside area, which is odd because it’s further away from Golden Gate Park than the Sunset, but I’m not a real estate guru, so I don’t understand the naming conventions.

Here’s where the problem is. Since San Francisco can’t spread out any more so it can only go up, but with a three story limit in the Sunset District proper you can’t go up. It would also be very rare to find several home owners willing to sell their houses together so that they could be torn down and have an apartment building replace it. This means that rents and home values will increase exponentially because there is a finite amount of space available and if everyone wants to move here because of all the room, well that’s going to be like trying to fit a square boulder into a round keyhole — it ain’t going to happen. So the only way to limit those who get to live here is by raising the price.

I’m not sure how I feel about this as I’m in a lucky spot that most other people aren’t. The houses aren’t rent controlled unless they’ve been split into two or more units [which Mayor Lee and Supervisor Tang are trying to get illegal in-laws approved] and I’m sure someone will buy the few apartment buildings and tear them down and rebuild them so they won’t be covered under rent control either. This will leave the Sunset in a weird place. My former next door neighbors were 6-8 [I never could tell how many] college students that were splitting the 4 bedroom house along with turning the dining room and living room into places for someone to live. In the near future you could see the same thing, but it wouldn’t be college kids, but well financed workers [I won’t say techies, because there are a lot that aren’t in tech] living like college kids. That’s just weird to me. I guess because I’m old I can’t see a rich couple spending multi-millions of dollars on what I would consider a not so big standard 3-4 bedroom home. 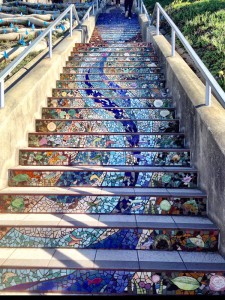 The neighborhood itself is changing which I don’t think is a bad thing overall. There were lots of businesses that you’d drive by all the time, but you’d never have a reason to go into them, or if you did it would only be once in maybe five years. There are restaurants that you can’t figure out why they’re still in business when you never see anyone go in or out of them. Clothing stores that are tiny and you can’t imagine paying five times what you would pay online for their t-shirts. We’re starting to get people to notice that there’s a beach that’s kind of cool to visit more than the few sunny days out of the year and the area at the foot of Judah Street has evolved into a new area being called La Playa. While that area has been around for awhile and was a bit alone and to itself there are a few other places that have little things that make gentri-sense tingle:

Now when I tell people from outside the Sunset that I live here it’s not that’s so far away, but I love the Sunset! It will be interesting to see what happens. I’m already seeing homes selling for past the million dollar mark out here and I suspect unless there’s a significant event that doesn’t make people want to love San Francisco the prices won’t go down any time soon. There are things I like about the changes, but the increase in traffic I’m already seeing I’m not liking very much. Hopefully someone will come up with an answer to that. You will notice I’ve left out the links I love to pepper my articles with and there’s a reason. I don’t want to make it easier to visit for you. 😉