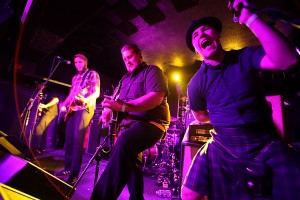 I’ve been thinking about this for awhile and I finally broached the topic on Twitter yesterday and was surprised by the response. I’m getting a large amount of people in San Francisco and beyond who read this website and I’ve finally decided to get out of the house and meet up with some of my “foreign corespondents” in San Francisco. That is the other bloggers, citizens, fans, readers and even the haters of this website.

Since I’m a Sunset redneck, it only made sense that I have the meet up in a suitable Sunset establishment. Also since I want to give some of the people from out of town a chance to prepare I’m going to not try a flash mob type of thing with a meet up tonight @ Uncle Fucker’s Chuckle Hut! but actually give you a few months warning. I like to plan ahead and I want to find a place that can handle the people who will come. Judging from last night’s twitter replies of over thirty people I suspect I will get a good amount of people to show up so I’ll actually have to approach a place and tell them what I’m doing. First stop will be the Blackthorn Tavern @ 9th and Irving because not only do they serve Boddington’s beer, Magner’s Cider, and have a DJ, but on Sunday’s they also have a BBQ going.

I’m thinking sometime during the San Francisco summer which falls right after the rest of the world’s summer meaning September. We should have good weather then and that’s the month of my birthday so what better excuse to stage a party. So I’ll be visiting the venerable Blackthorn Tavern in the next few days to discuss with them having a meet up there and see what they say. I want to see all the local blogger’s, politicians, scoutmobbers, miscreants and hipsters from all over the city to come to this event so make sure to mark your calendars for sometime in September for this get together.