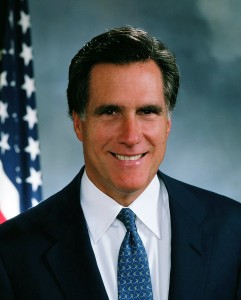 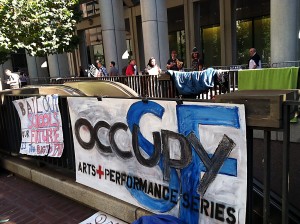 People of #OccupySF I feel for you, because I was there 20 years ago and I was also there 40 years ago. Now let me explain. 40 years ago I was just a little kid and the 60’s hippies were protesting everything except love and getting high. In an interview from way back when a girl said, We’re giving up our homes and jobs so that other people can have them so they should take care of us. This was almost always followed by, Get a job you f*cking hippie!

Fast forward 20 years and you have me just out of college. I went to college because I was told, if you don’t go to college you’ll be flipping burgers for the rest of your life. Well, seeing as when I graduated from college most of people flipping burgers where younger than me or not U.S. citizens, I probably wouldn’t have been hired at most fast food restaurants anyway. I stayed at home and didn’t have to pay rent, but I kept looking for work. I worked through high school part time and through college part time. When I graduated college [1987 and the total cost back then was under $5k by going City College and SFSU] I had no debt and very few expenses. I finally moved out at 28 [which left my mother in tears for a week] and moved in with a friend to a two bedroom home in the Mission where we paid a total of $800 per month.

I found work through temp agencies in fields that had nothing to do with my degree in broadcasting. I kept looking and I think I was finally hired as a full time employee around the time I turned 30 working for a printer. 19 years later to today I’ve worked at many printers and graphic design firms and taught myself html, css, php, etc. None of these things were available to learn when I was in college, but have kept me going.

How does this relate to the #OccupySF movement? Most of you are in debt and don’t like government and/or corporations. You’re the 99%. So am I, but while I agree that we should tax the 1% just like the rest of us, I see corporations as a good thing. Let me list a few reasons why:

Now today you have protesters who are camping out decrying government and corporations. They have no internet access or electricity and since they’ve been doing this for several weeks they most likely don’t have jobs. I don’t have time to do this. I supplement my income by using online resources such as task rabbit. I’m able to add a couple of hundred bucks more a week from that and another couple of hundred a week through freelance work.
Yes, I always hated the rich guys at the top of the food chain in business because they got to sit on their asses all day and rake in millions, but that was because I wanted that job. I always wanted to be able to provide for my family without any worries just like they did. The problem is that to get to that place you have to work for it, not sit and demand it. Even though I’m a contractor, I look for work ever day and I know that the jobs are out there because I send out at least 10 resumes a day. So do thousands of others which is why I don’t get calls as often as I used to, but I’m out there every day trying to make more money than I did yesterday. This is why I don’t have time to camp out and protest because I have a family to feed.
Many of you may not know this, but San Francisco has a JobsNow! program still in effect that if you can find someone to hire you San Francisco will give them a $5000 stimulus bonus for hiring you. They just have to keep you for five months. There are ways to make ends meet out there you just have to get out there and find them. Enough of the rant, just think about this. Oh and by the way, I’m a progressive, not a republican.