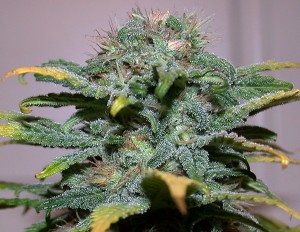 Seeing as the two times I’ve written about marijuana my hits have spiked and the two most searched terms are redneck girls and marijuana I guess I have to cater to my audience of guys who like to look at nekkid red neck girls smoking pot every once in awhile. So today I’ll be talking about the current attack by the federal government on California on profitable medical marijuana dispensaries.

When I first read it I like many others I’m sure thought that it was a Federal attack on the state’s legalization of marijuana for medical purposes. Then  I re-read the article and realized they were only attacking the mmd’s that were making money. Hmmm…I guess you can’t blame this on the GOP, because they would never attack a company that actually made money because they are the job creators.

I think the biggest problem is that a lot of politicos can’t wrap their head around the term medical marijuana. I have trouble some times especially after I attended a job rally for a company called Mary Jane Magazine. A magazine focused on cannabis culture aimed at women. The biggest question people kept asking was, will you have a space available for us to medicate? I thought to myself, if you’re that sick you shouldn’t come to work. I’ve never asked a boss if there was a room for me to go and get drunk during work because of the stress. My mind stores a lot of useless information that it gets to pull up from time to time and today it pulled out Granny from the Beverly Hillbillies who made moonshine to help with her rheumatis’. I think we need to stop thinking about marijuana as a medical drug and think of it like we think of booze.

Most of the people I know who consume marijuana do so for many of the same reason people who drink a martini or shot of scotch do. It helps them relax after a stressful day at work. It helps them relax, etc. Medical marijuana users just use terms that make it sound like a pseudo-science drug. Let’s face it, if I do a couple of shots, pop a valium or smoke a joint [not at the same time, of course] it has the same effect. It’s time to call a spade a spade. The difference is that nobody has beaten their wife after smoking a joint or destroyed their liver from consuming marijuana. It is far less deadly than alcohol or barbiturates. You don’t have to smoke it anymore you can consume a tincture or brownie so the smoking hazard is removed. If we treated marijuana like we treated booze it would be a good thing. We would be taxing it and bigger more efficient companies would be coming in to make it cheaper. Some dispensaries sell their pot at the low price of $45/gram. Now I don’t know the weight of a pack of cigarettes, but let’s say it’s an ounce. You can get an ounce of tobacco for under $6 in San Francisco [$10 in NYC]. What if you could get an ounce of marijuana for $6 including all the added taxes like cigarettes have? California would recover more than the rest of the nation and probably become THE largest economy in the world instead of the eighth largest.

We are living in an age where there is hardly anyone who can say they haven’t tried marijuana at least once. Hell, I’m sure Mitt Romney tried it at some point. I think Rick Perry is using it right now after seeing some of his clouded speaking during the debates. Let’s just legalize it and tax it and make it into a commodity that we can control instead of calling it a controlled substance that the government isn’t really controlling. Which brings to mind a possible urban myth of the government developing it’s own WMD which was a strain of pot called G13 which was supposed to be extremely potent enough to cloud the minds of our enemies and dissidents.

The government knows about marijuana, now they just need to show the small percentage of people that it’s like booze so they can understand that. Then they’ll all be saying to the politicians, hey how can we start making some money off of it? The biggest people against the legalization were the pot growers themselves because they knew that some corporation would come in and find a way to do it better for less. Why else are there so many Escalades and BMW in Humboldt county next to the trucks?

So to sum it all up, the federal government isn’t really against marijuana, just people who make money off of marijuana. I suppose if they’d tax it and make some money off of it they’d think different. Steve Jobs smoked pot. How else do you think we’d have computers in our back pocket today.