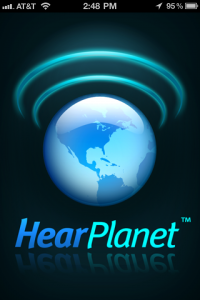 My legs are sore from standing for a couple days at one of the weirdest conferences I’ve ever worked. Over the past two days I represented the company I work for at Appnation. It was at Moscone Center and was a convention for mobile app developers to learn ways to make money as app developers. They say it’s a mash-up of developers, venture capitalists and people who do stuff that could benefit developers [more on that later].

This was a show that compared to MacWorld was an oversized garage type of event. There were maybe about 100 people hawking their wares and the people that would come by the booth I was working were a mix of end users, VC people, but mostly people who were too cheap to purchase a booth and were coming by to try and sell their product to me to include in my app even if it had nothing to do with or was of no use to my app. In other words, in my opinion the show was a bust for the company I work for.

There was lots of talk about how to get venture capital funding for your app, but in reality most of these hip app writers live out of virtual spaces that don’t have anything a real office has. Imagine working for a company that is based in a eggshell of an industrial workspace. They have no landline phone, no printers, cheap Office Depot tables and chairs, no form of interior design what so ever, mail never gets delivered because, well snail mail is so 10 minutes ago and after all, in a month or two we’ll be moving to an even better eggshell to work out of!

Eggshelled companies are not what a Venture Capital firm has much interest in because once they give you the money they want to be able to keep track of you by something other than email and a cell phone call, neither of which they can find a real person to shake down to get the money back.

I was able to meet some interesting people there though. Steve and Reed from appMobi were right across from me and put on a good show. Steve incidentally speaks 8 languages and was happy to demonstrate that fact even though it had nothing to do with his product. AppMobi is a web-based product that lets you write mobile apps using web design skills not programming languages and then deploy your product not just to one platform, but to several. This sounded pretty cool and they’re demo showed how cool it was. Then there was Chris and Cherie from Technomadia. These were a couple of Burning Man people who actually live out of a trailer and because of that wrote an app called State Lines. This is a fun app for travelers that tells you the speed limits, smoking rules, alcohol laws in every state. Very useful if you’re a frequent traveler and only $2.99. I asked them if the app paid them well and they told me that, “It keeps them in lunch and sometimes dinner.” OK, while I can’t exactly say I’d be able to live off that, at least I know I’d be getting a couple a meals a day from it.

Probably the best thing I learned from the show was that geek girls with iPads can be hot. These girls weren’t icing on the cake like you have at car shows, but they were spouting off about objective-C, equity investors, marketing throughput, etc and their eyes weren’t all glossed over like they were just repeating what they were told to say. I’d also have to say that most of the people there were talking more about the free after parties than the products people were trying to sell, so that should tell you something about the overall effectiveness of the show. 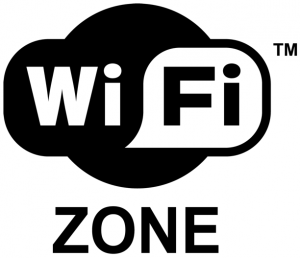 There’s something about smartphones that no one wants you to know. Now that I have my brand new iPhone 4 I am an expert and will share with you my font of knowledge.

Well, maybe at least what I’ve learned so far…First off, these are phones that connect to the internet. What they don’t tell you is that they try to access Wi-Fi first, then fall back to 3g, then Edge, then GPRS as the last resort. Everything after Wi-FI is where your monthly data charges come in. Now if you’re like me and the millions of other hipsters who got an iPhone to be cool and only make a few phone calls you can find a way to save yourself the $15-$25/month as soon as that’s not a part of your contract [looking into that tomorrow].

I’ve found there are tons of free Wi-Fi out there and there’s even a free app for the iPhone called of course, Free Wi-Fi Finder. While this works pretty good, I’ve found that if you see the #G or E or ° on your iPhone that you should go into your settings and try and turn on Wi-Fi. Chances are you’ll find an open system. I was wandering around my local Safeway and happened to remember this and turned it on and found that Safeway offers free Wi-Fi. So I connected and now because it’s a smartphone it remembered it and every time I’m in that Safeway it will automatically hook up. This is good because the cell phone reception is nil inside so I can run Skype if I need to make a call and call out over Wi-Fi and be a VoIP geek for a bit.

This secret has kept me from getting a Smartphone even when I could have afforded one because it was the data plan that pushed me back. I already pay less per month for much better Wi-Fi at home, why should I pay more for a slower connection outside the house?

So I think this weekend I’ll go fishing, but I’ll leave the pole at home and go around my neighborhood and as soon as I find I don’t have a Wi-Fi signal I’ll see who’s I can latch onto. I’ll also do that at the pizza place by where I work since I know they offer free Wi-Fi and they have good pizza considering they aren’t in New York.

If you could, please click on my sponsors ad below. You don’t necessarily have to purchase anything unless you want to, but at least the click will add money to my daughter’s schooling fund, or if you like you can click on our donation link and donate even a dollar.