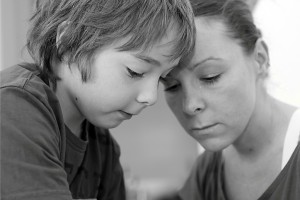 I was watching the Daily Show with John Stewart the other night and he had a guest who mentioned something that sounded kind of shocking: The majority of people receiving food stamps [EBT or CalFresh as they’re called now] are White. If you’re White and horrified by what you just read don’t be. We can be poor without having to be White trash.

My family it currently on the San Francisco Health Plan because we can’t afford nor do I qualify for insurance because of pre-existing conditions [I could get us on the HIPAA plans, but that would cost us $2500/month]. I’m glad that it’s an available option for San Franciscans and if you don’t have insurance you should look into it.

Putting food on the table when you aren’t making any or enough money is another story. I’ve looked into this and a family of three can get up to $526/month to feed themselves. Sure you can include the food banks if you’re heavy eaters, but there are things you can buy that go a long way that are cheaper.

CalWorks is San Francisco’s version of welfare and while it helps out it doesn’t very much. I did a little research and again, for a family of three you can get $695/month, but that cuts into your CalFresh money and cuts it down to $377/month.  So if you are able to collect unemployment you can get a little over $1000/month to feed and house a family of three. I went to a meeting just to check it out and CalWorks has a program called Welfare to Work where at least one of the members of the family has to attend a 40 hour a week job training service for a month. If you haven’t found a job by then, then you have to do it again.

If you’re someone like me who has a college degree and a high level of skills this program won’t work for you. The jobs they are offering are low paying and short term. Even more so it doesn’t work because you have to spend time learning how to get a job which you already know when you could be spending time doing freelance work. Even when you get a job, if it’s a contract position they don’t count that as a job so they tell you that they’ll cut your benefits if you don’t show up for the job training which you don’t need. In short the system is broken. They don’t know how to deal with middle class people who have a college degree and more skills than the person who is your job counselor who doesn’t speak English very well.

As I heard one of the people working there say, you don’t want to be on welfare because it only leaves you pissed off and poor. I seriously think they need to work on adding additional resources for helping skilled people find work instead of offering temporary part time minimum wage jobs just so they can check you off the list. That doesn’t solve the unemployment problem it just regenerates it.