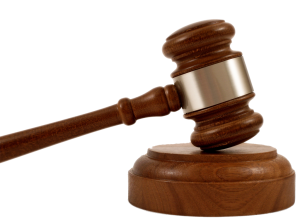 So I had to go to traffic court today for a rather odd ticket I received several months ago. First the cop told me that I was going 32mph in a 25mph zone. Driving downhill on Taraval that’s pretty easy to do, but then every Muni driver would have a ticket for that. He sited me for not coming to a full stop at two stop signs which I know the first one he wasn’t behind to witness and the police station is at 24th where he sited me for the second non full stop. I know well enough to know that running a stop sign next to a police station is a stupid idea so I doubt I did that one either, but everyone has their own interpretation of things.

I thought I knew how to work the system, but apparently the system has changed in San Francisco. You used to wait and see if you name was called. If it was you were handed a written statement by the police officer who ticketed you that you could either fight in court or take traffic school. If your name wasn’t called, your ticket was dismissed. Well apparently things have changed and they don’t have to write up a report anymore so your only option is take traffic school, fight it or pay the fine. It turns out people used to opt for the fight when had done traffic school in the last 18 months because the officers usually didn’t show and it would be dismissed. Now they charge the police officer $250 if he/she doesn’t show. That option is now off the table.

So my final charges for having to go to traffic school are the reduced rate of $114 for the ticket plus $55 for traffic school. At least now you can do your traffic school online in San Francisco, but I’m still a bit irked by the douchebag cop who gave me the ticket signing his name with a line and called me a drunk or hungover because I happen to have a slight problem of tremors CAUSED BY A STROKE I HAD 13 YEARS AGO! If he thought I was drunk why didn’t he test me? I don’t mind being read the riot act when I really did something stupid. I was pulled over about 20 years ago for doing close to 60mph down Mission Street at 4am. THAT would have deserved a ticket, but I just had to sit there and be yelled at for 15 minutes by an Irish cop [accent at no extra charge] who let me go because I was only a couple of blocks from the house I was living in at the time.

I have friends who are cops and they are nothing like this douchebag. Most of the time when I’ve been pulled over the few times I have the officers have been rather cordial about it. Usually I just get a warning or a stern talking too and they let me go. Just beware if you’re driving around the Sunset of an overweight cop driving an off-road police motorcycle. They’re kind of hard to spot because they’re new, but this guy will get you. I won’t mention anything else about him so more of you will drive safer.