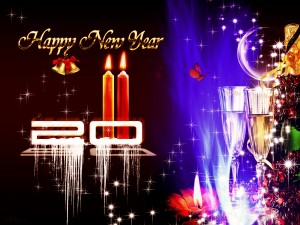 I got out of bed this morning at 7am. Probably because I went to bed at 11pm last night ushering in the new year with the citizens of New York and Nashville. I don’t need any more fun than that since being in my late 40’s and it’s cold and rainy out and we didn’t have access to a babysitter [like you could find one on New Year’s Eve], so we hunkered down with the television for enjoyment.

We laughed as the people complaining about snow and not being able to get to work or the grocery store when we just have to worry about putting on another layer of clothes and a thicker jacket when we go outside. For being the New Year’s Day, I woke up feeling pretty good, but I can’t remember the last hangover I’ve had in years and I still drink. I think my ability to get up happy in the mornings is because now that I have a daughter I get exercise again. We have year round available playgrounds although sometimes in winter they’re a bit wet, we have good weather here, neither too bloody hot or too bloody cold. We don’t need to blow all our dough on air conditioning in summer and heat in the winter, thought we’ve had to turn the heat on a bit this year.

I don’t usually make New Year’s resolutions, but I’m going to make one this year. As you can see I’ve changed the look of the blog. I’m also going to be using 2011 to expand and make the site look more professional. I WILL NOT be adding adsense crap that no one clicks on to make my site look uglier. I will move around the city more and get outside the Sunset District more to show you more of San Francisco. I will be using better equipment to bring you better pictures and video and lastly, I will be interviewing some of the more interesting people around the town for the occasional Baghdad by the Bay podcast. Mostly audio, but sometimes there will be video involved as well.

I’ve always prided myself that I can get you to any street in San Francisco [barring traffic] within less than 30 minutes. I know this town and how great it is. I have friends from around the world who want to know how they can migrate here to live. Some do and make it, for others it’s just a working vacation that lasts them a few months and then they leave dejected that they couldn’t make it here. I wouldn’t look at it that way. I’d say you had a long vacation that you had to put in some work. Those of us who were born here usually have a family member who wisely invested in a house so you have some equity to draw on at some point.

We get people like Anthony Bourdain who dislikes San Francisco because of Alice Waters which when I meet him someday I’m going to knock him upside the head with a big white truffle and point out to him that Alice Waters is in Berkeley, not San Francisco. He’s beginning to warm up to us after he did a show here, but he hasn’t yet found some of the rockstar chefs we have here or cultural spots that don’t involve people sitting on urine stained bar stools picking up their drinks off of bars soaked for the past 75 years of swill being spilled onto them and maybe cleaned up afterwards. Bourdain needs to see the Beach Chalet/Park Chalet. He needs to see Java Beach and Surfer’s Row at the foot of Judah street that’s growing into a thriving community. YOU need to see these places too if you haven’t because there’s a calmness to the area that you don’t feel like you have to drop an eight ball of coke to fit in.

Then of course there are places like Mara’s bakery in North Beach that has a wonderful selection of Italian pastries and cannolis to cry for. Some of the Mission street taquerias where you better know how to count in Spanish because that’s how they call your order number. Let us not leave out the sourdough bread that people would buy at the airport to bring home with them or the dungeness crab that made this city. These are the things I’ll be bringing along in 2011.

Lastly I wanted to share a bit of amusement I had this morning. I was checking my stats for the site and was looking at what words people were using to find my site. Now it used to be my talking about why medical marijuana would increase revenues to the California coffers. Now apparently I’m attracting readers who are looking for drunk+redneck+sex. I guess my one article about Sunset rednecks is reaching farther than the wafting smoke of marijuana.

To all of you I wish you a prosperous new year that will put you and San Francisco in a much better position than 2010 did. May the year bring you smiles and happiness which is because you’ll be making more money at a job that doesn’t suck for a change.