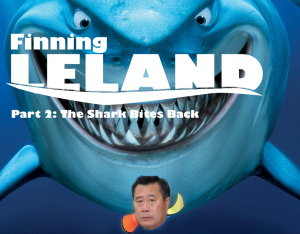 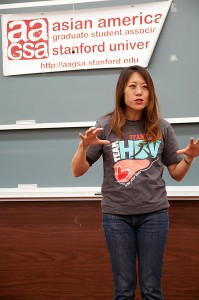 I received a tweet today from Mike Kwan who posted the petition on change.org to show Senator Leland Yee that people in California and specifically San Francisco are in favor of AB376 which bans the sale or possession of shark fins. It regarded Fiona Ma, former Supervisor of District 4 [the Sunset District] and Assemblywoman serving San Francisco’s position on, as they say on twitter, #sharkfinning.

I knew already that Fiona Ma was opposed to AB376, but she’s not running for anything this year so I decided to leave her alone since there’s really nothing my words can do at the moment. Although I would like to talk to her about her measure as Supervisor of District 4 that would have all of the overhead wires moved underground by 2010. I did find a few things that should be noted. These are things that have nothing to do with any election in San Francisco, but they show the way a person thinks which should be taken into consideration when you vote for a person. If the person shows intelligence, that is good, when a person shows ignorance, that is bad. Fiona Ma showed a bit of ignorance which she tried to cover up by stating:

We have 2 Federal and California agencies who monitor and seek to protect our endangered species through permits, regulations, quotas and enforcement. If sharks are threatened as a species, we should ban the killing of all sharks.

I have been concerned about the abhorrent practice of shark finning since 1998 and I applauded President Clinton when he signed the Shark Finning Prohibition Act in 2000 banning the practice in US waters (which extends 200 nautical miles from the coastline) and required the entire shark (carcass and fin) be brought onto US land.  In Jan of this year, I was pleased that President Obama signed the Shark Conservation Act that strengthened the federal law and closed some of the loopholes in the 2000 Act.

The National Marines Fisheries Service closely monitors the shark population and adjusts the annual quota for bringing in certain types of shark each year. This list can be found on their website.

Good, she is against #sharkfinning. I applaud her for that. This is going quite well until I see the following paragraph:

Members, I Googled “Shark Meat California Restaurants.”  And yes I found lots of restaurants serving shark steaks.  And you don’t have to walk far on Rodeo Drive in Beverly Hills before you’ll find shark skin as an accessory item.

OK, I have to disagree here. Rodeo Drive isn’t all of California and I urge you all to drop Shark Meat California Restaurants you won’t see much of it, except the 8 Immortals Restaurant on Taraval in the Sunset District and that link doesn’t even mention shark meat. Even Shark Sushi doesn’t serve Shark Sushi. You won’t find many, if any places selling or serving shark meat because shark meat is already so laden with mercury that no one wants to eat it let alone the fact that shark meat is far more laborious to prepare, being high in ammonia. Then there’s the shark skin thing.

Shark skin is a fabric made of cotton to resemble the skin of a shark. Shark skin handbags and boots are a pattern applied to the readily accessible cow-hide to resemble shark skin, but there are no sharks involved. Fiona, we’ve met several times at public events, but you have got to do your research better. While I may seem like a tree hugging, crystal f*cking, goddess loving vegan hippie, I’m not. I like meat. I like it a lot. Beef, pork, chicken, the occasional fish, but that meat is domestically raised and if we all became vegetarians, cows, pigs and chickens would become extinct quickly. Fish might last a little longer.

So as we continue down to the end of the post Assemblywoman Fiona Ma states:

And lastly, this is a sensitive cultural issue to many in the Chinese community.  Sharks Fin Soup is considered an honored traditional delicacy and is served at many of our sacred occasions such as a birth of a child and the union of two people. To many in my community, this bill represents a direct attack on our culture and tradition.

I want to reiterate that this bill would be the first bill to ban a California food product AND takes us down a dangerous road where we dictate what is and isn’t acceptable for cultures to consume.

Members, I’d like to recognize the author [editor’s note: She is the author of this article] for taking on this real and controversial issue. I have been fairly silent to date hoping this bill could come to a compromise that would accomplish the intent of the author and not ban a piece of the Chinese culture.  Unfortunately we are not there and thus I am voting NO today. [editor’s note again: says the vegetarian who is against the “abhorrent practice of shark finning”]

Apparently Fiona Ma, along with Leland Yee haven’t read that 70% of the citizens of China along with the Pan Pacific American Ocean Harmony Association have decided that it is better to not consume shark fin soup. So while she and Leland Yee are against shark finning as a practice they are not in favor of AB376 which bans shark finning. I believe my Mother used to tell me, you can’t have it both ways. You can’t. This is political double-speak. The Asian community is against shark fin soup and leaving it behind.

California has a high Asian-American population with San Francisco being even higher, but in reality as Mike Kwan pointed out to me, it’s not an Asian thing, it’s a Chinese tradition. He’s right. Fiona Ma and Leland Yee are playing the Asian card to reach a broader audience to gain suppor making them think that all of California is against Asians. That’s not true. California showed today that we are against the brutal practice of ripping the fins of sharks and throwing their bodies back into the water. Not a single Asian is harmed in this process, but millions of sharks are.

Senator Yee stood up for the ban and foie gras, but did he think that the French would jump up in arms and play the race card? No. There is now a ballot in the next election to ban circumcision in San Francisco. Has Leland Yee stood up to gain the Jewish vote? No.

When you stand up to protect something by playing a race card you have lost the race. It shows to the public that you are in politics to help your own people and not THE people. When you are a politician in California and San Francisco your job is to serve all of the people all of the time. Create a new sacred, cultural tradition. Shark meat is not a desirable meat in the USA and saying that shark fin soup should be allowed if the entire shark is used does not provide enough of the fins for the people who have been wanting this outdated dish.