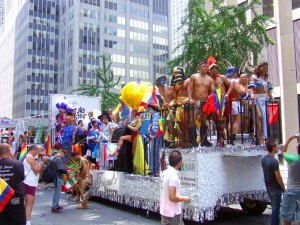 Apparently, according to the Advocate, the news source for the LGBT community, San Francisco isn’t so gay anymore. As a matter of fact we’re down at #11. How could that be?

“For each city, The Advocate added up numbers for Gay.com profiles, listed officiants for gay weddings within a 50-mile radius, openly gay elected officials, performances by lesbian sisters musical duo Tegan and Sara over the past five years, lesbian bars, gay and gay-friendly religious congregations and entries in YellowPages.com with “gay” in the business name or description.”

So it was just a little number crunching that took us off the list.. Well, that’s fine by me because people who are in LGBT community have been cited as the leading cause of all the problems we have in San Francisco. Now we can just say, “Nope” and point to…wait for it…Minneapolis, Minnesota is the gayest town in the US. Here’s the article at advocate.com says explains it all. Apparently last year we didn’t even make the list and Atlanta was on top.

[mappress mapid=”3″]This should come as good news to Rev. Fred Phelps of the Westboro Baptist Church in Topeka, Kansas better known as “GodHatesFags.com” because he and his buddies will have less of drive for the protesting and picketing. There’ll be less reason for him to come to California and save a dime or two. Good for him and good for us. So what is the overall ranking on “gayness”?

Miami is last on the list? ¡Ay Papi! What about South Beach? No Los Angeles or New York? How can this be? Are the members of the LGBT community going to the suburbs?